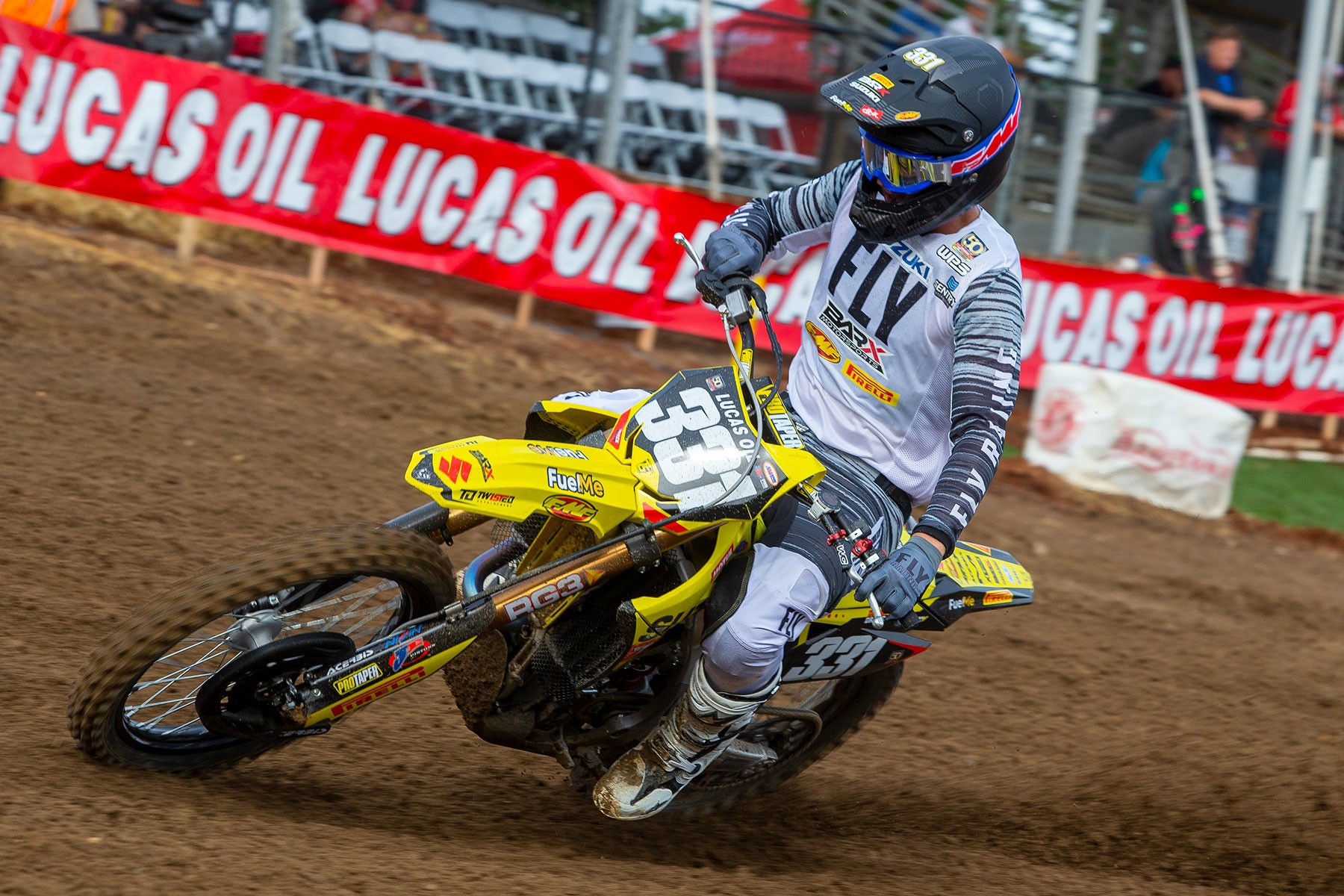 Derek Drake (331) is back. After two surgeries last year for a rare heart condition Drake was a new rider at his return to Hangtown, earning a top ten qualifying position.

BarX/Chaparral Suzuki's Derek Drake wasted no time putting his Suzuki RM-Z250 up front with a near-holeshot in the first moto of the day. Drake battled inside the top ten for the first half of the moto. In moto two Drake and another rider made contact down the start straight, putting Drake in the back of the pack of 40. Drake recovered quickly and pushed his Suzuki RM-Z250 into a points-paying position in the early, crowded laps. Drake held steady to pull championship points out of the race.

"Qualifying was good, I ended up P.9," said Drake. "My first moto was okay. I struggled with some bike settings towards the end and faded a bit. For the second moto, we made some settings changes but unfortunately, we went the wrong way. We still need to dial in the bike, so it's back to work.” Drake finished in 17th place for the day. 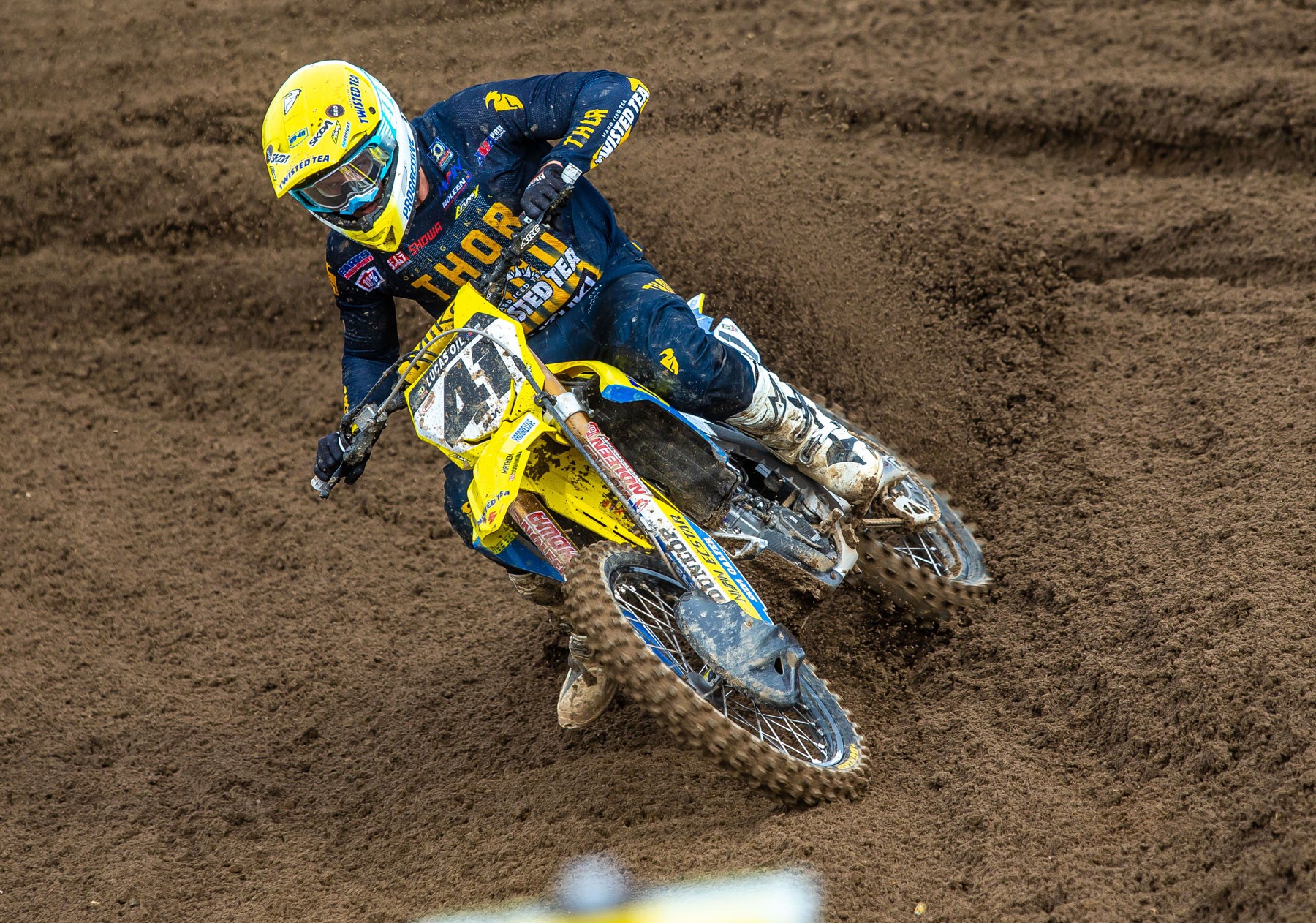 In the first moto, Hartranft crossed the holeshot stripe just outside of the top ten but within a few corners, he established himself inside that top ten group. Moto two's start presented a challenge, seeing Hartranft mid-pack. "The Brick" kept the throttle pinned and started picking off riders quickly. He held on to take home more points toward the title chase.

"Round two of the 2022 pro motocross season did not go as planned." Hartranft went on to say, "I qualified 13th, which was good. But in the motos, I've really been struggling with the power of the bike. The bike's so fast, but we're just struggling with the right outdoor set-up. This year was for sure one of the roughest Hangtown tracks I've ever witnessed, but everybody has to race it. I was 17th overall, which was disappointing, so we'll just go back to the drawing board on Tuesday and keep on working." 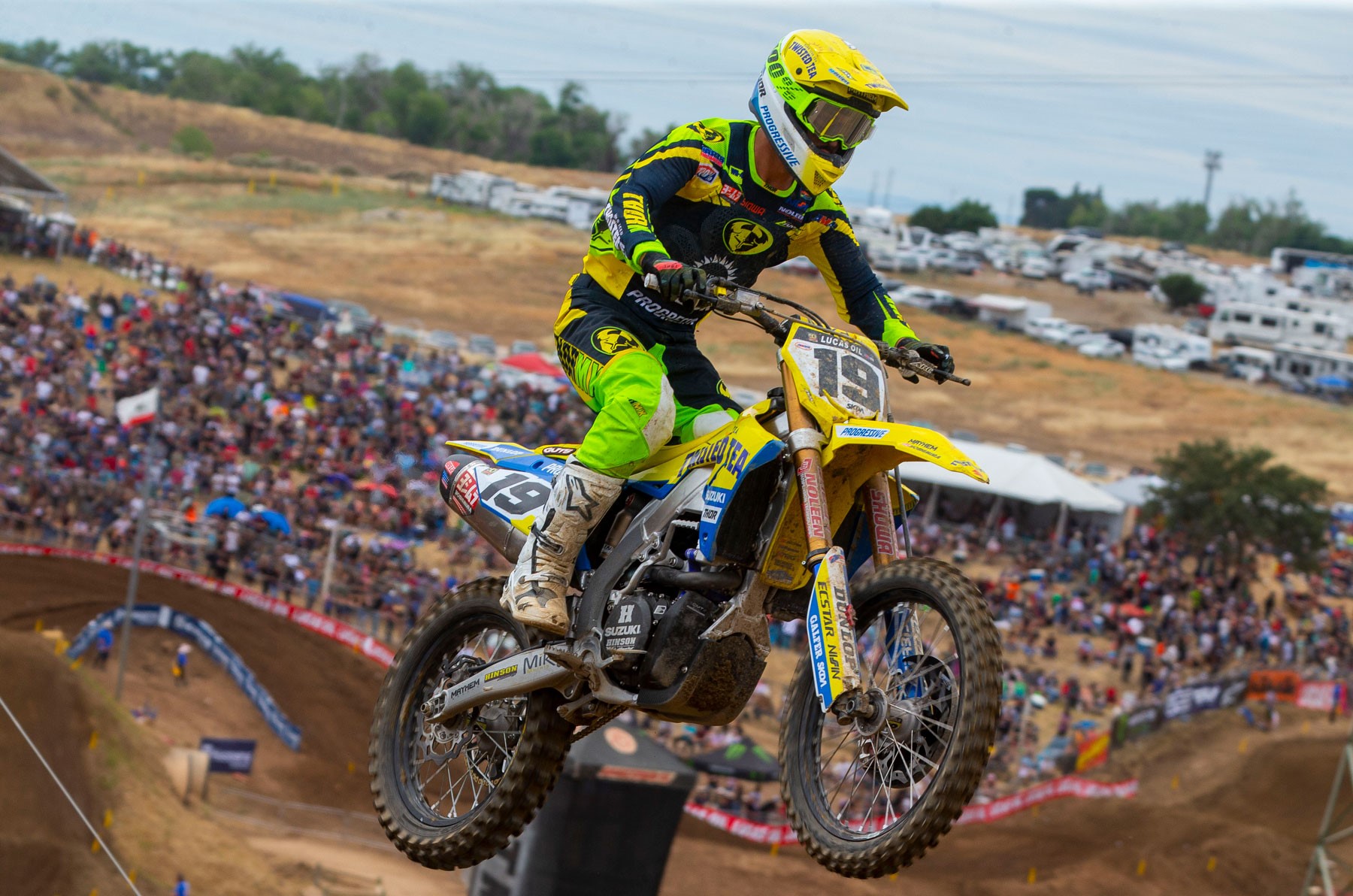 Justin Bogle (19) had good speed in qualifying at the storied Hangtown motocross race.

Twisted Tea Suzuki's Justin Bogle wasn't able to deliver one of his signature great starts with his Suzuki RM-Z450. Despite good speed on the rough track Bogle ran into trouble in moto one and was unable to line up for the second moto.

"It was a rough day at round two," commented Dustin Pipes, Team Manager for Twisted Tea/H.E.P. Motorsports/Suzuki Presented by Progressive Insurance. "We're glad to be out of there and moving on to the next event. We have a plan in motion to be better at the rounds moving forward."

The Suzuki teams head east to Thunder Valley, Colorado for round three of the AMA Lucas Oil Pro Motocross Series. The race will see the return to action of BarX/Chaparral Suzuki's Preston Kilroy. All of the Suzuki riders hope to continue to turn their strong speed into more championship points.