That celebration came courtesy of rising star Tyler Scott, who demonstrated both wisdom beyond his years and a flair for the dramatic in a perfectly executed MotoAmerica Supersport contest. 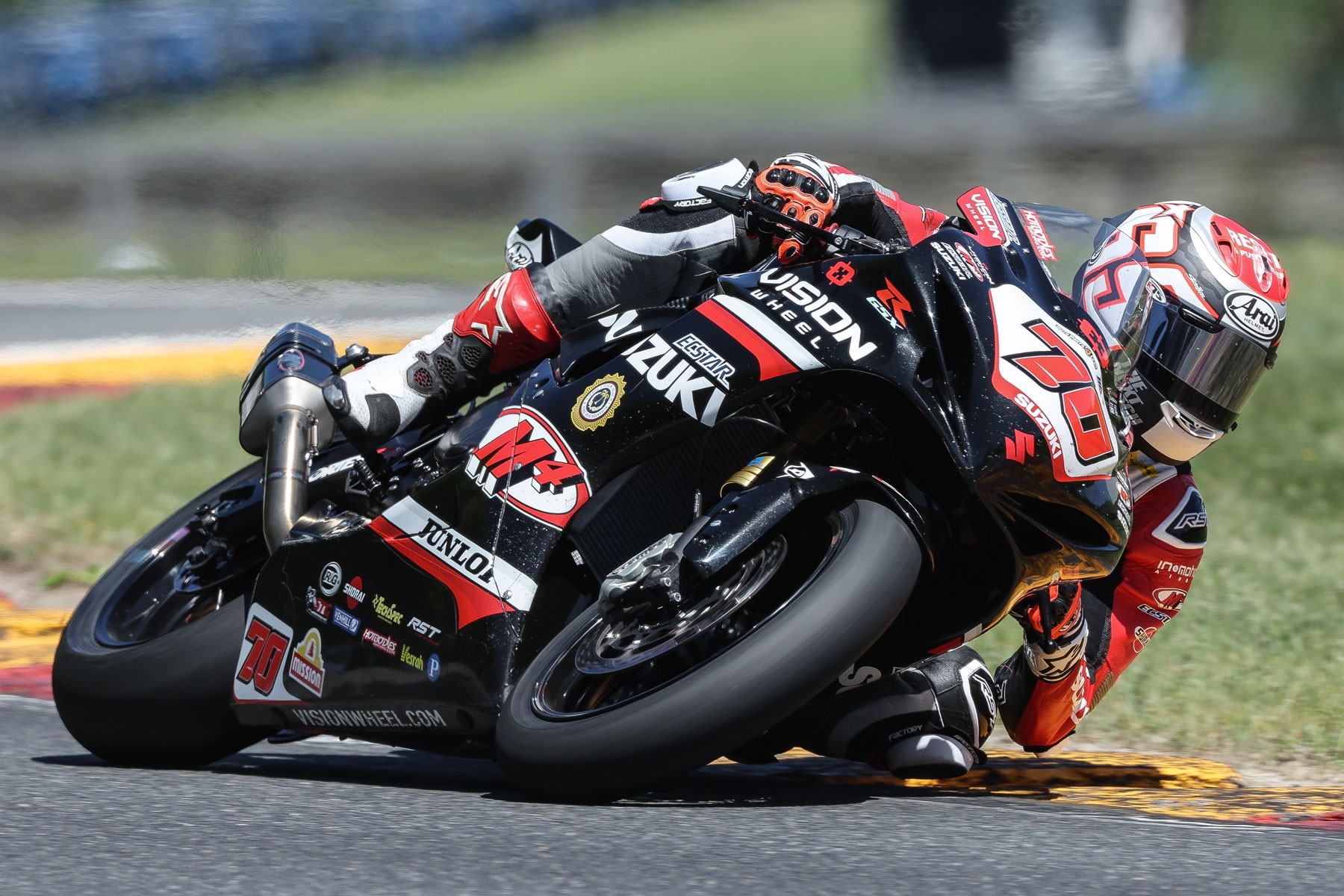 Even before the race, the 16-year-old made his intentions clear by hustling the Vision Wheel M4 ECSTAR Suzuki GSX-R750 to his, and the bike’s, first-ever Supersport pole position in just their third attempt.

Scott made the most of that prime starting position by rocketing out in the lead at the start. However, once he saw it would be impossible to escape at the front, he made the cagey decision to slot into second position, go to school on a vastly more experienced rider, and then strike at the last possible moment.

He played his cards perfectly, pulling out of the draft in the final sprint to the checkered flag at the last possible moment, sling shotting to a 0.039-second margin of victory.

Scott said, “I tried to break away in the first couple of laps, but I saw there wasn't a possibility of that so I decided to follow and learn what I could before attempting to draft him to the finish line."

“I definitely wanted it, but I didn't expect a Supersport win to come quite this early. I knew I would have to get used to the team and the bike, but I wanted the first one to come as soon as possible. The Vision Wheel M4 ECSTAR Suzuki GSX-R750 was amazing for the entire race. All thanks to my entire Suzuki team.”

Sam Lochoff (44) powering his GSX-R750 into the top ten of the next generation Supersport Class.

While Scott’s breakthrough win obviously made him the headliner, it was a banner day for Suzuki in the class all around. Scott’s Vision Wheel M4 ECSTAR Suzuki teammate, Sam Lochoff, engaged in a heated battle throughout the race and came in seventh, Vision Wheel M4 ECSTAR Suzuki rider Liam Grant finished in tenth. And Suzuki riders from multiple teams accounted for six of the top ten positions, a dominating performance for the new generation Supersport Suzuki GSX-R750.

Lochoff said, “I got a strong start; I came up to second from fifth, but I outbraked myself in Turn 12 and lost some positions. After that, I settled down and rode what I thought was a pretty good race. I knew I could catch the guys in front of me, but I was weak on the brakes and couldn’t get a good drive out of the chicane. We’ll work on the setup and look forward to tomorrow.” 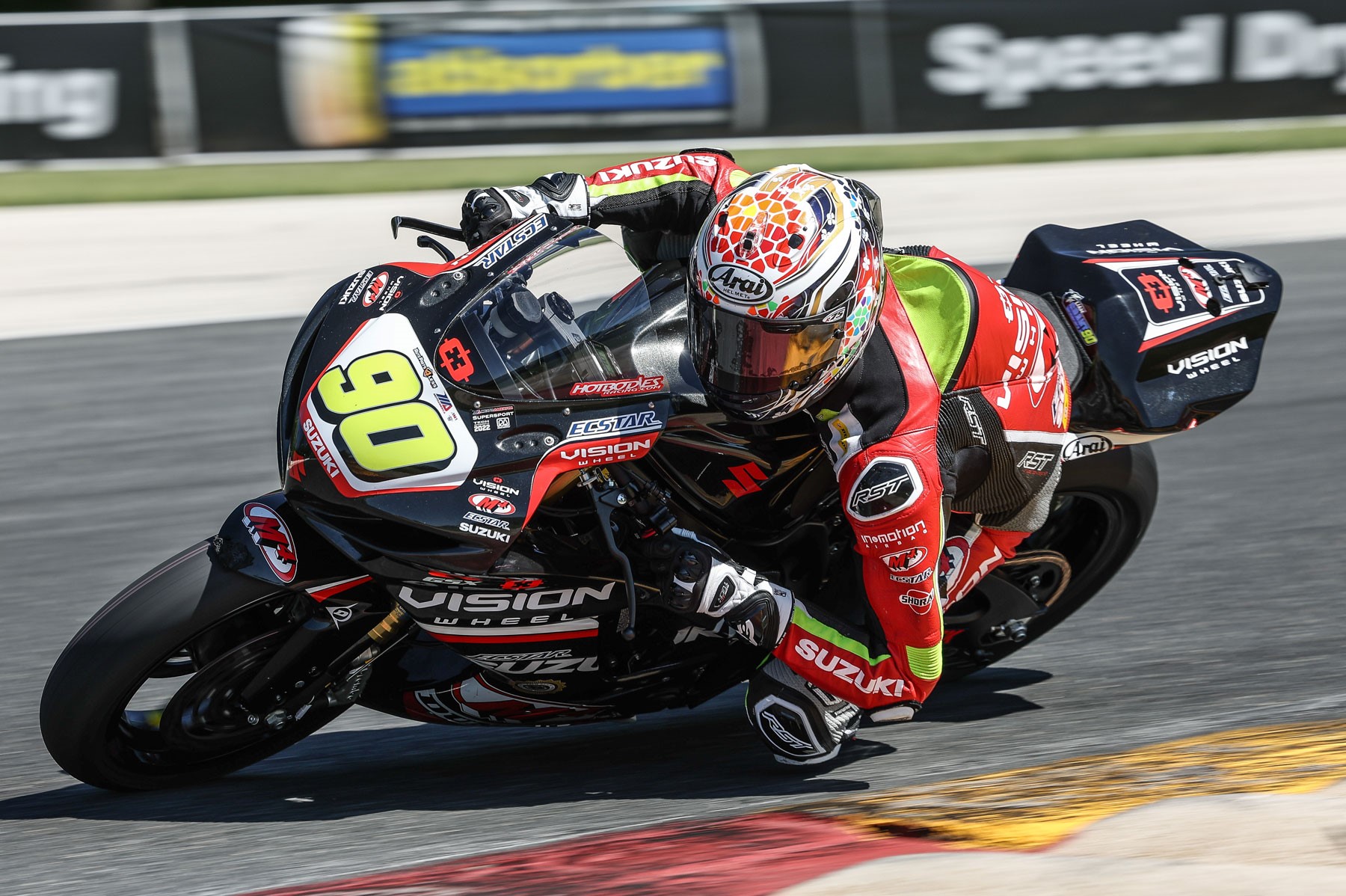 After a tough week in Virginia, Liam Grant (90) breaks into the top ten in Race 1 at Road America.

Richie Escalante (54) with another tough fought top ten in his inaugural Superbike season. 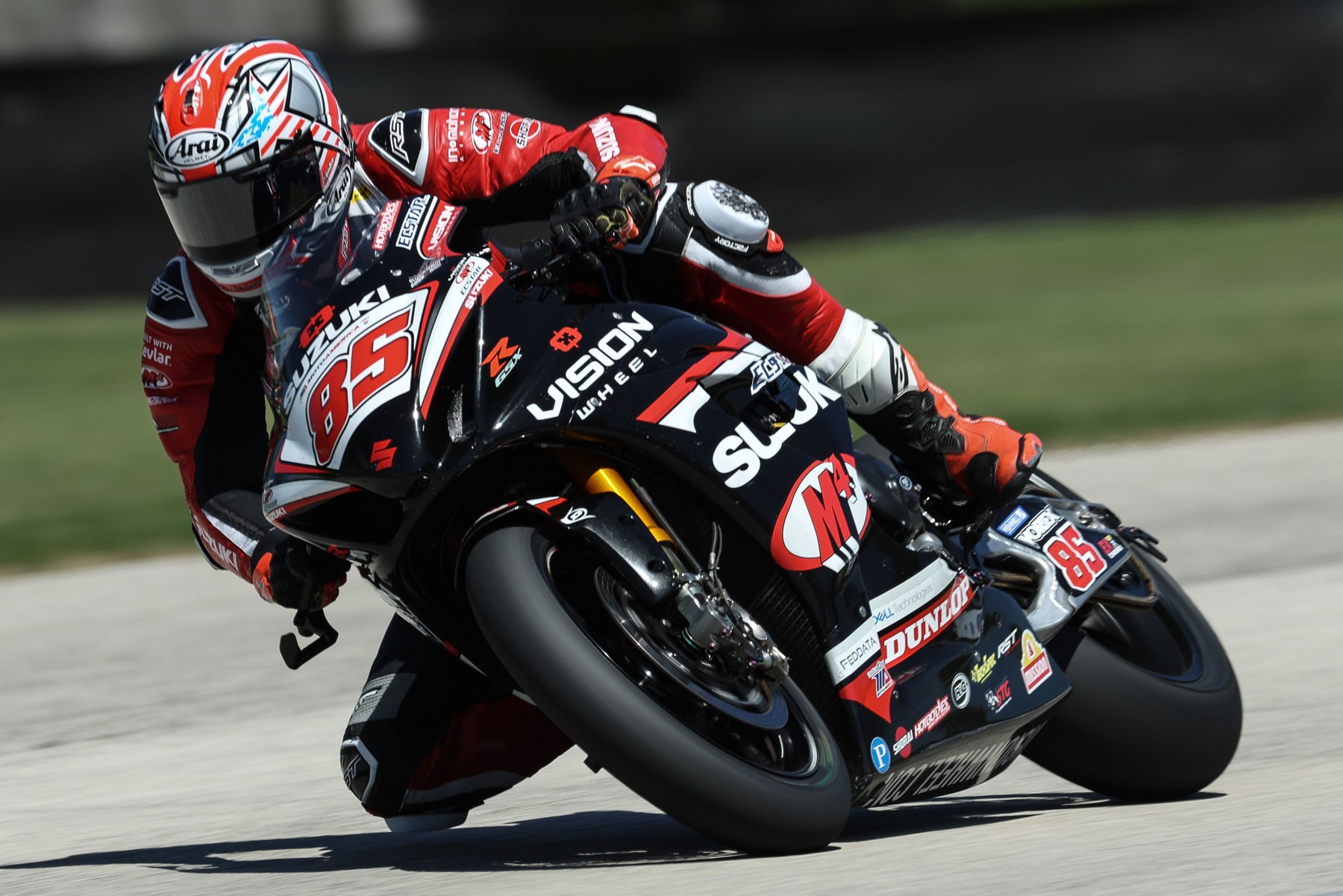 Lewis said, “We definitely wanted to be a little bit better, but we put ourselves on the back foot yesterday with a crash early in qualifying. We missed out on some time to get the bike set up and it knocked my confidence down a little bit in qualifying. Still, we got a good start in the race and pretty much held our position. We’ll try to make some changes for tomorrow and see if we finish better.”

Team Hammer and the rest of the Suzuki-mounted contingent will be back hunting more trophies on Sunday at Road America.