Heartbreak for Yoshimura Suzuki as Championship Slips Away

A Difficult Weekend in Alabama Costs the Team its Title Hopes 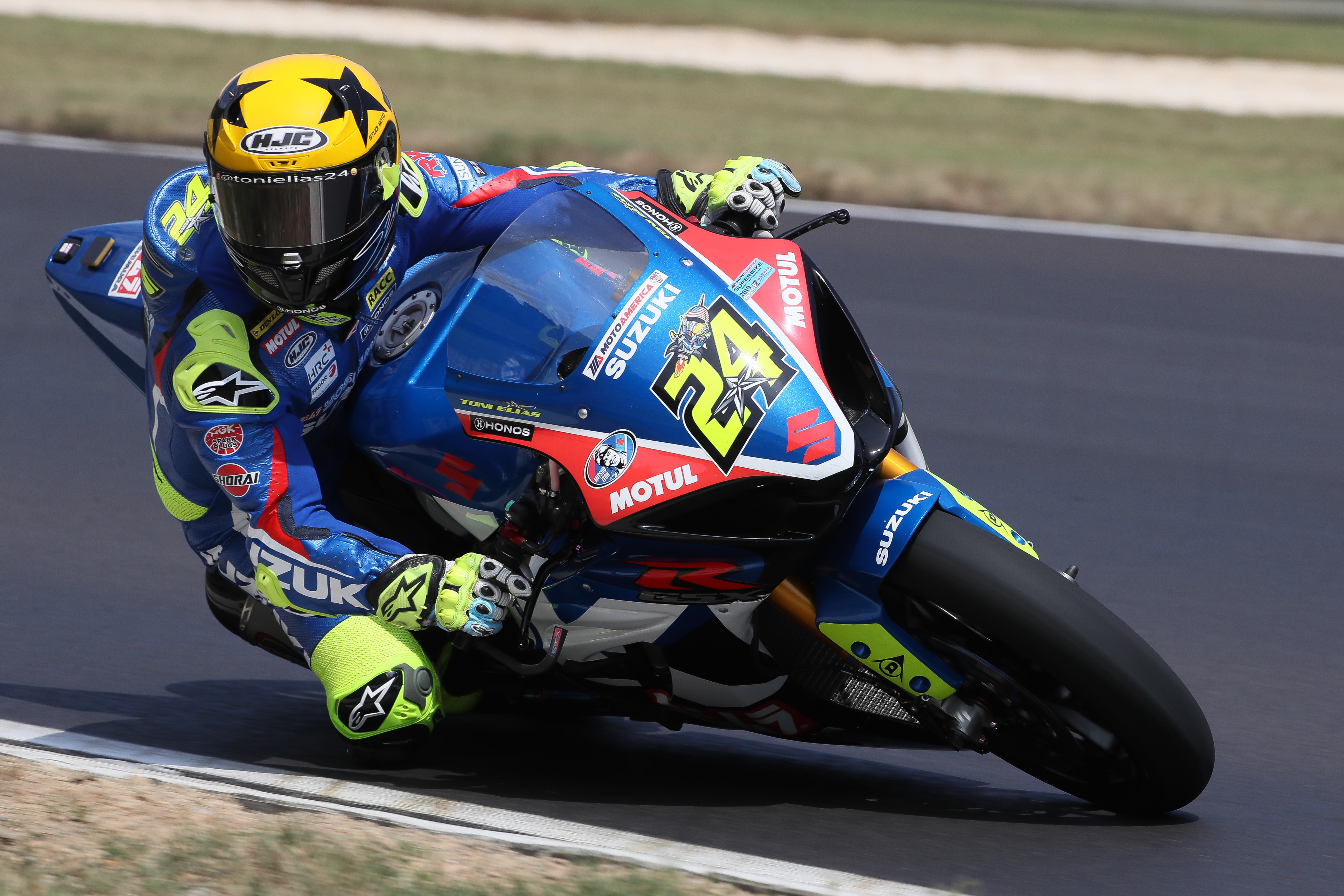 Toni Elias (#24) scored a series-leading seven wins aboard his Suzuki GSX-R1000 this season.

Brea, CA (September 23, 2019) - The 2019 MotoAmerica Superbike season finale will go down as one of supreme disappointment for Yoshimura Suzuki Factory Racing. Toni Elias, who led the standings nearly the entire season, and had a 16-point advantage coming into the event, suffered a challenging weekend, chasing bike setup all along the way. He managed a podium on Saturday with third, and a fourth-place finish in Sunday’s race, but it wasn’t enough. Elias ended the year second in the standings, losing the title chase by only five points.

In spite of ending the year with a stinging of a loss, Yoshimura Suzuki had a lot to be proud of in 2019. Elias can be proud of the fact that he scored a series-leading seven wins on the season. Teammate Josh Herrin pitched in with two additional wins, giving the team a total of nine wins this year.

Elias also etched his name in the record books this year, moving into a tie for fourth with Miguel Duhamel on the all-time MotoAmerica/AMA Superbike wins list with 32-career wins.

The Suzuki GSX-R1000 and its Superbike predecessors remain the all-time wins and championship leader in MotoAmerica/AMA Superbike Championship history.

Elias displayed his characteristic class even in defeat.

“First of all, I want to congratulate Cameron Beaubier and Yamaha,” Elias said. “They did an amazing end of the season and they deserve this win. For me it is not nice - it’s hard and sad. It will take some days to digest this loss and accept it. We tried hard. We did everything we could. The whole team gave 200 percent. We tried to find grip where there was no grip. I also want to say thank you to my teammate Josh Herrin. He tried to help and did a great job, but it was not enough.

“I’m very proud of my team, every single person. It’s very difficult for them as well, but we must accept that we tried our best and be content with that fact.” 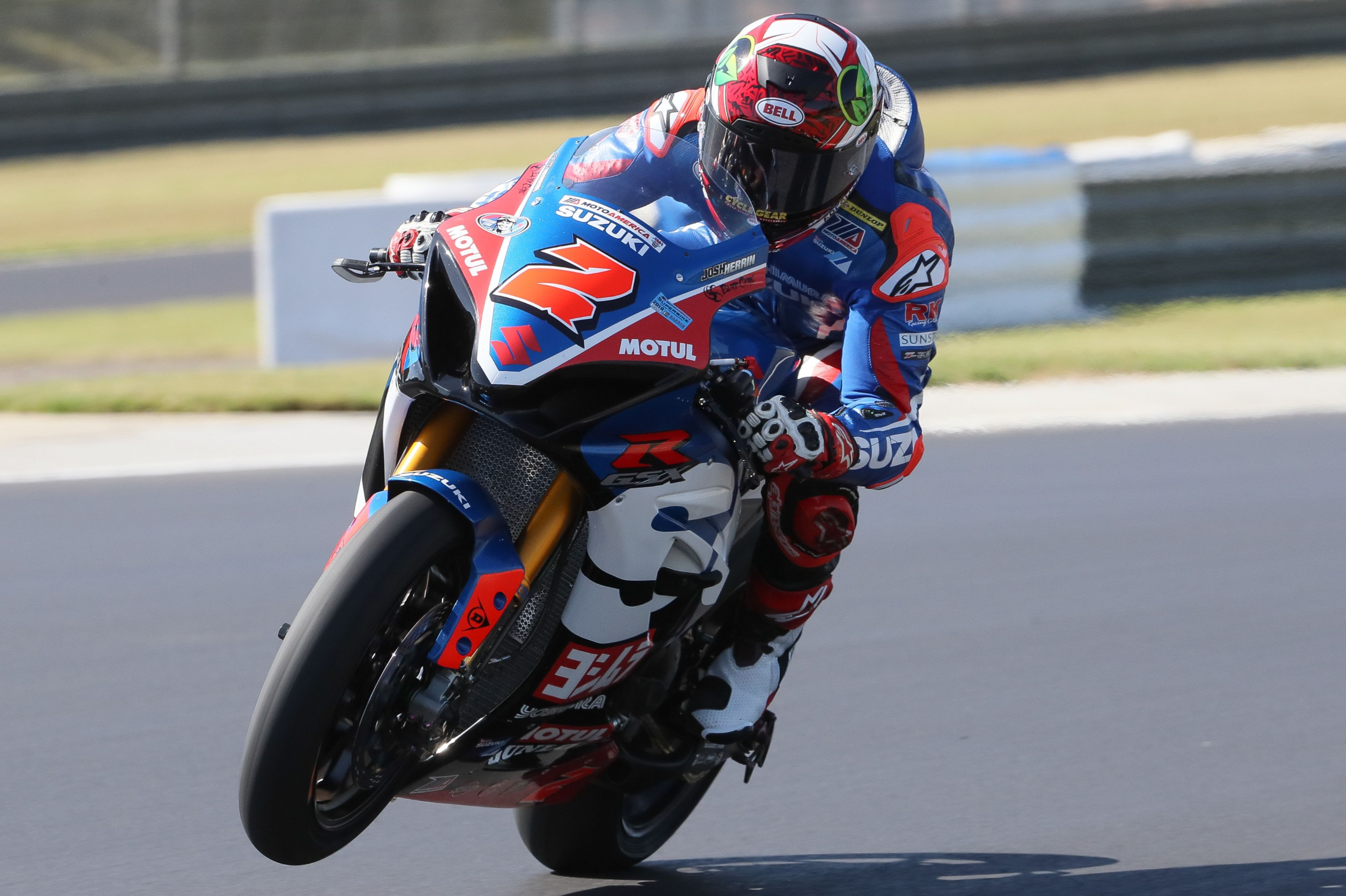 Herrin did an outstanding job in Saturday’s race supporting his teammate as they both battled hard for positions. The former AMA Superbike Champion reflected on the season finale.

“Yesterday was an easier race,” Herrin explained of Saturday’s race one. “We were able to get in a good position and control the race as much as possible. Today I chose a softer tire than everybody else and it chewed up and I wasn’t able to stay with them. I did what I could to help the team in the championship and unfortunately it didn’t go our way. Hopefully we get the opportunity to come back next year, now that we have data with me on the bike from all the tracks, I’m confident we could make a stronger showing.”

Suzuki Motor of America’s Vice President of Motorcycle/ATV Sales and Marketing, Kerry Graeber echoed the sentiments of both riders. “Obviously we’re terribly disappointed to lose the championship, especially since it was within our grasp,” commented Graeber. “That said we’re very proud of our team and the incredibly rich history of the Yoshimura Suzuki partnership. Don Sakakura sets a standard of excellence that is reflected in every member of the team. I and Suzuki are honored to be partners with the Yoshimura organization and the record-setting level of success we have enjoyed together over the many years.”

2019 marked the 41st season of the Suzuki and Yoshimura Superbike partnership. With the nine wins this season, Suzuki adds to its record in All-Time MotoAmerica/AMA Superbike wins reaching 212 victories since the series launched in 1976.