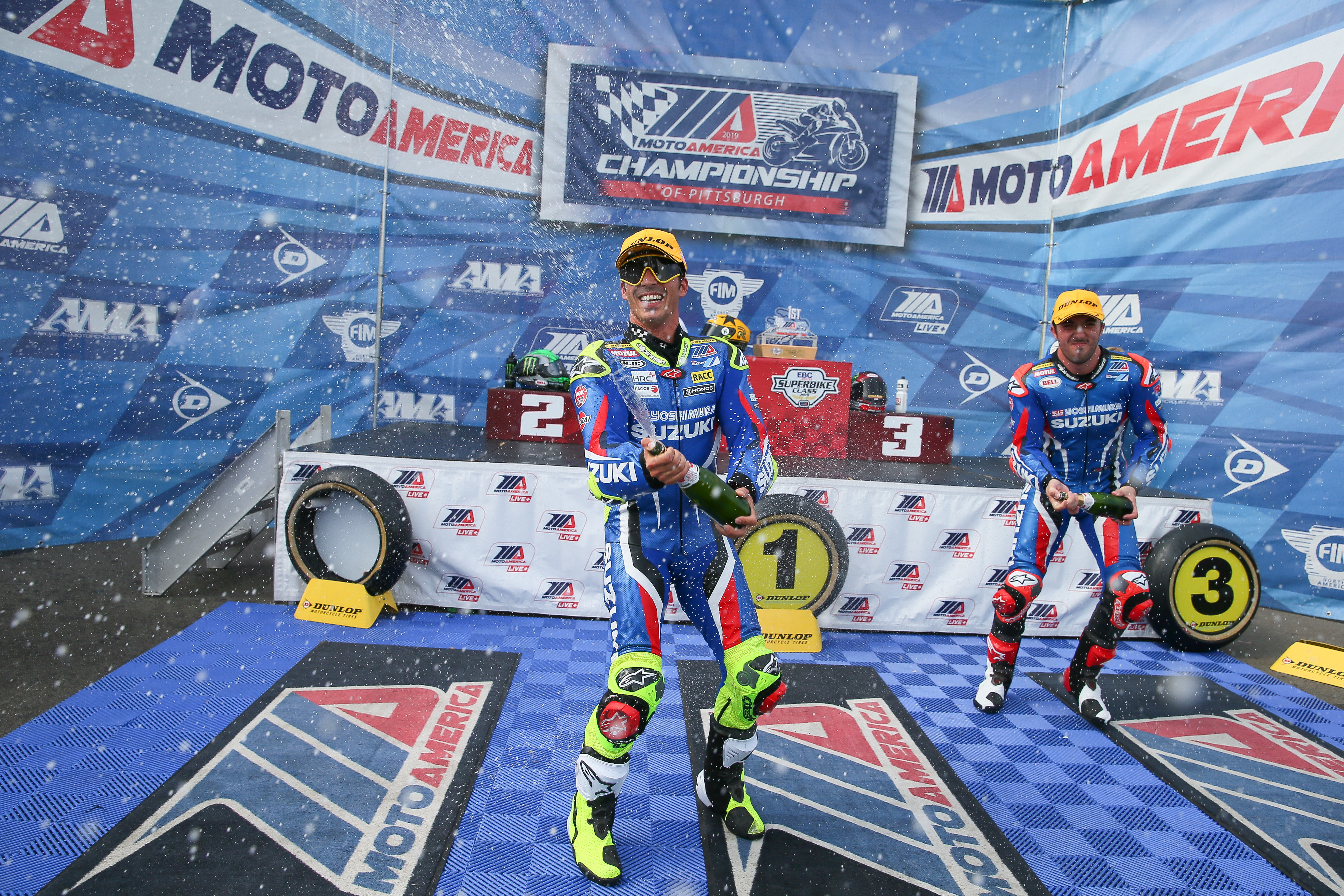 Brea, CA (August 26, 2019) - It was a great day Sunday for Yoshimura Suzuki Factory Racing at Pittsburgh Motorsports Race Complex as Toni Elias scored a come-from-behind victory aboard the Yoshimura Suzuki GSX-R1000. His teammate Josh Herrin also had a strong race, moving up to finish third, putting both Yoshimura Suzukis on the podium.

The win for Elias, his seventh of the season, means that the 2017 MotoAmerica Superbike Champion now enjoys a 35-point lead with just two race weekends and four Superbike races remaining on the 2019 calendar.

Elias also rewrote the record books, moving into a tie for fourth with Miguel Duhamel on the all-time MotoAmerica/AMA Superbike wins list. He now has 32-career wins. 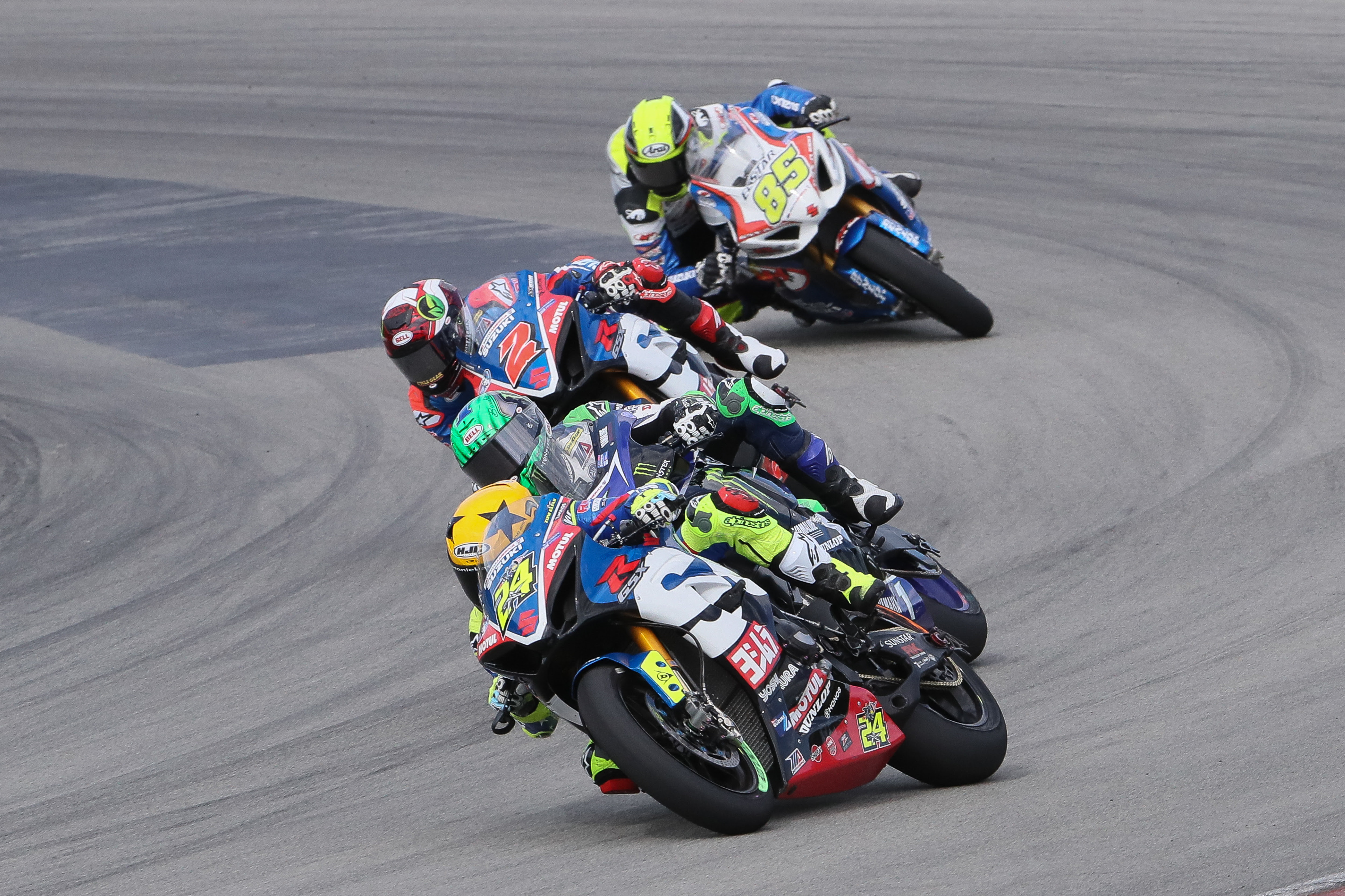 Toni Elias (#24) led the pack on Sunday with teammate Josh Herrin (#2) not too far behind.

Both Elias and Herrin rallied on Sunday after having less success in Saturday’s race. Elias finished third on Saturday, seeing his series point lead temporarily drop to 30, before turning in his winning ride on Sunday. Herrin actually crashed on the first lap in Saturday’s race, but then picked up his bike and charged back to a seventh-place finish, in spite of bent controls.

Elias was excited about his double podium weekend.

“This is one of the most difficult tracks for our bike,” Elias said. “But in the end, I was there to fight. Today we made some changes that worked well in the warmup, but not so well in the race. In the beginning, I was not comfortable and riders were passing me, but I kept calm and things started working better as the race went on and I started passing some riders. In the end I was fighting with my biggest rival, he made a mistake and I won.

“So this is perfect - we leave a difficult track for us with a 35-point advantage. There is still a lot of racing left in this championship and everybody is strong, but every weekend we are getting closer to the end, so we will keep fighting.” 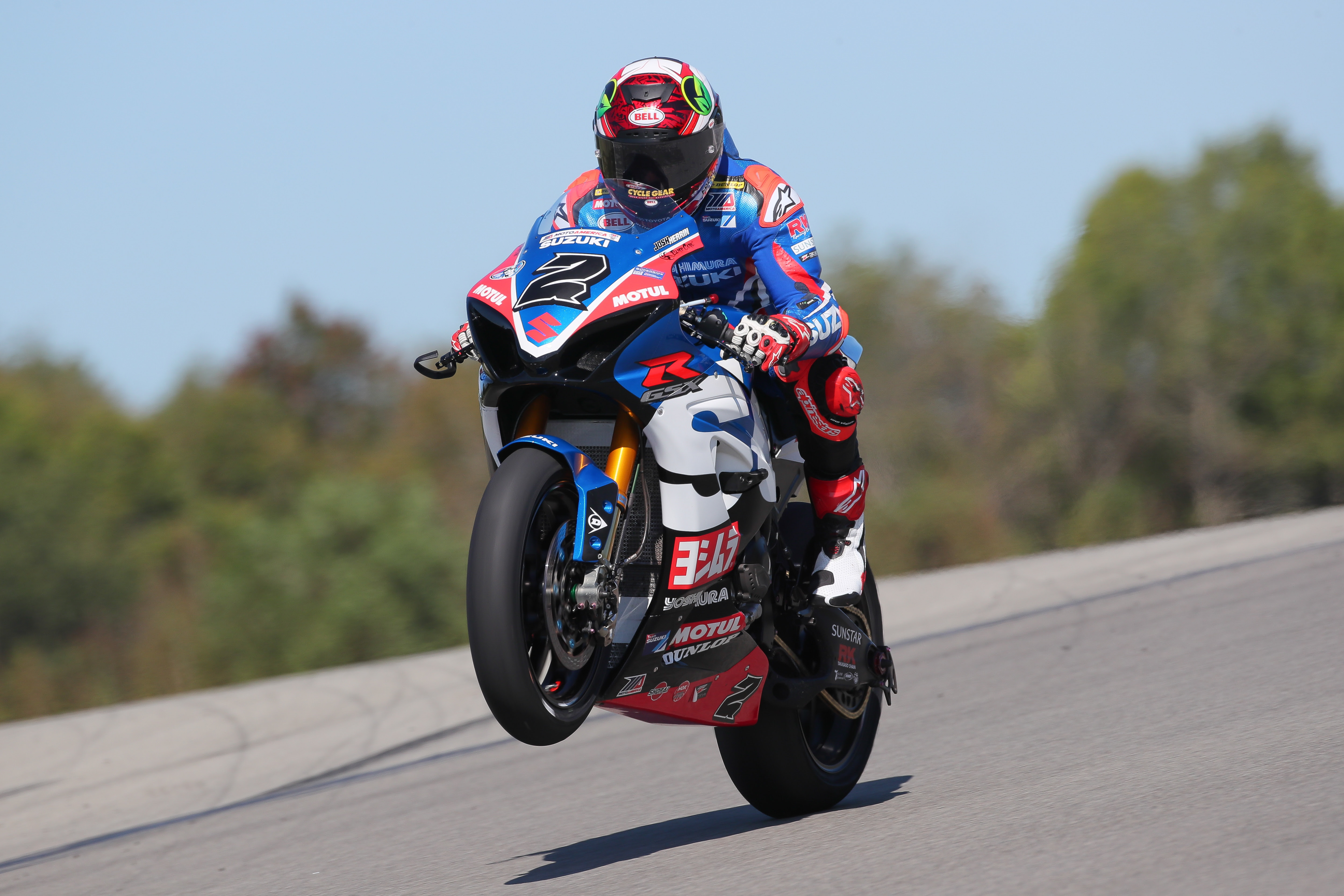 Josh Herrin (#2) came back strong during race two on Sunday and earned his fourth rostrum of the year.


For Herrin, Sunday was his fourth rostrum result of the year. He said the key was actually de-tuning his GSX-R1000.

“The guys did a lot of work to get the bike ready for today’s race,” Herrin explained. “And Sunday we backed off the power a bit, because the bike was just too powerful for this track. With the power tamed down it worked really well. I’m happy Toni won and we were both able to be on the podium. I’m looking forward to New Jersey coming up. I’d like to win some more races and maybe be in a position to help Toni win the championship.”

Yoshimura Suzuki and MotoAmerica will next be in action in two weeks for the penultimate round, September 7-8, at New Jersey Motorsports Park in Millville, New Jersey. The races are televised nationally on Fox Sports 2.