Vision Wheel M4 ECSTAR Suzuki’s Tyler Scott continues his rapid development with a podium performance while competing in among the most challenging conditions imaginable to close out his maiden Supersport campaign. 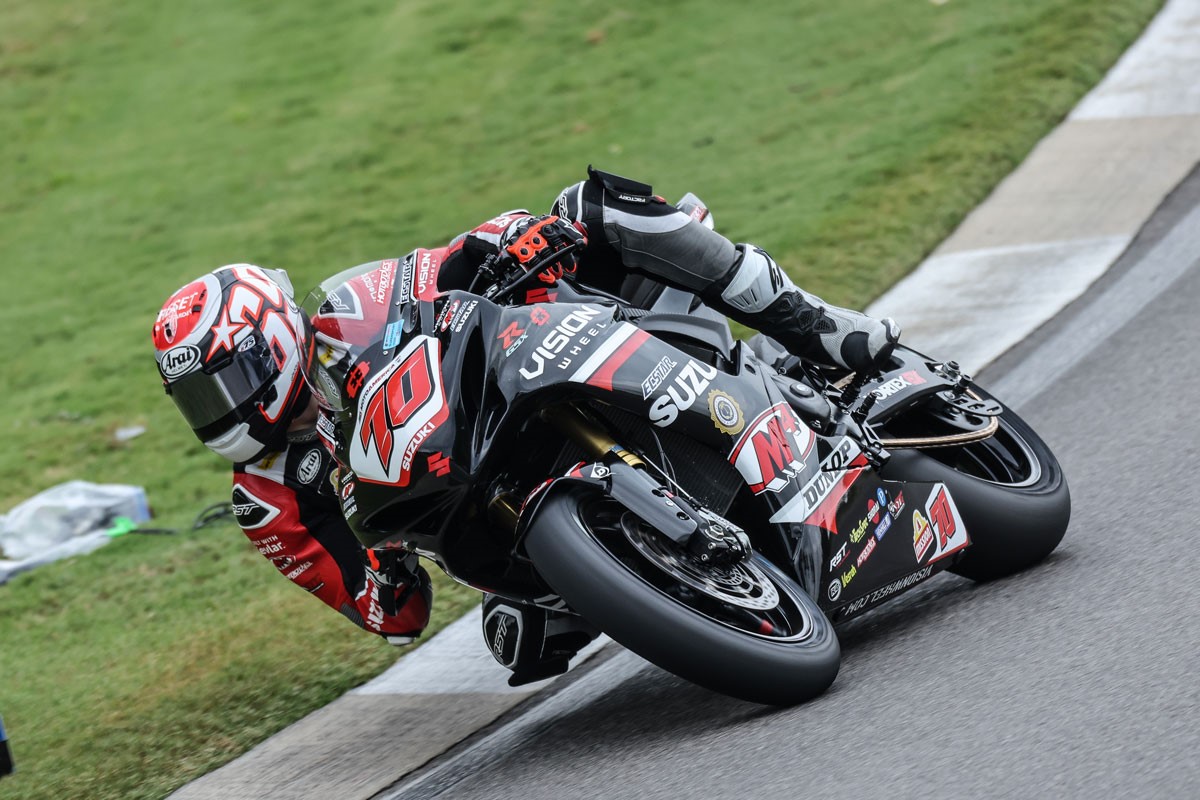 Tyler Scott (70) ended the season strong with a podium finish in Race 2.

Faced with a wet-but-drying track, Scott charged into the race’s opening corner in second aboard his GSX-R750 shod with wet-weather tires. Tentative initially, Scott dropped outside the top five before increasing his confidence at the 2.38-mile circuit.

As the track continued to dry out, the 16-year-old rookie upped his speed and fought his way back up to third and was closing on second position by the time he ultimately took the checkered flag.

The result was Scott’s ninth podium of his breakout season, including a debut victory scored earlier in the year.

Scott, who finished the year ranked an impressive third in the Supersport points standings, said, “I didn’t feel that great in the beginning of the race, but the track started to dry out and I started to get more and more pace. I thought I might be able to even get second by the end, but I just ran out of time.

“I want to give a big thanks to the whole Vision Wheel M4 ECSTAR Suzuki team for giving me the opportunity this year. I took full advantage of everything they had, and it’s a great feeling to put it on the podium for the last race of the year. I think I learned a lot about bike set-up this year working with the team. Everyone has been a big help and I’m really happy with the progress I made.” 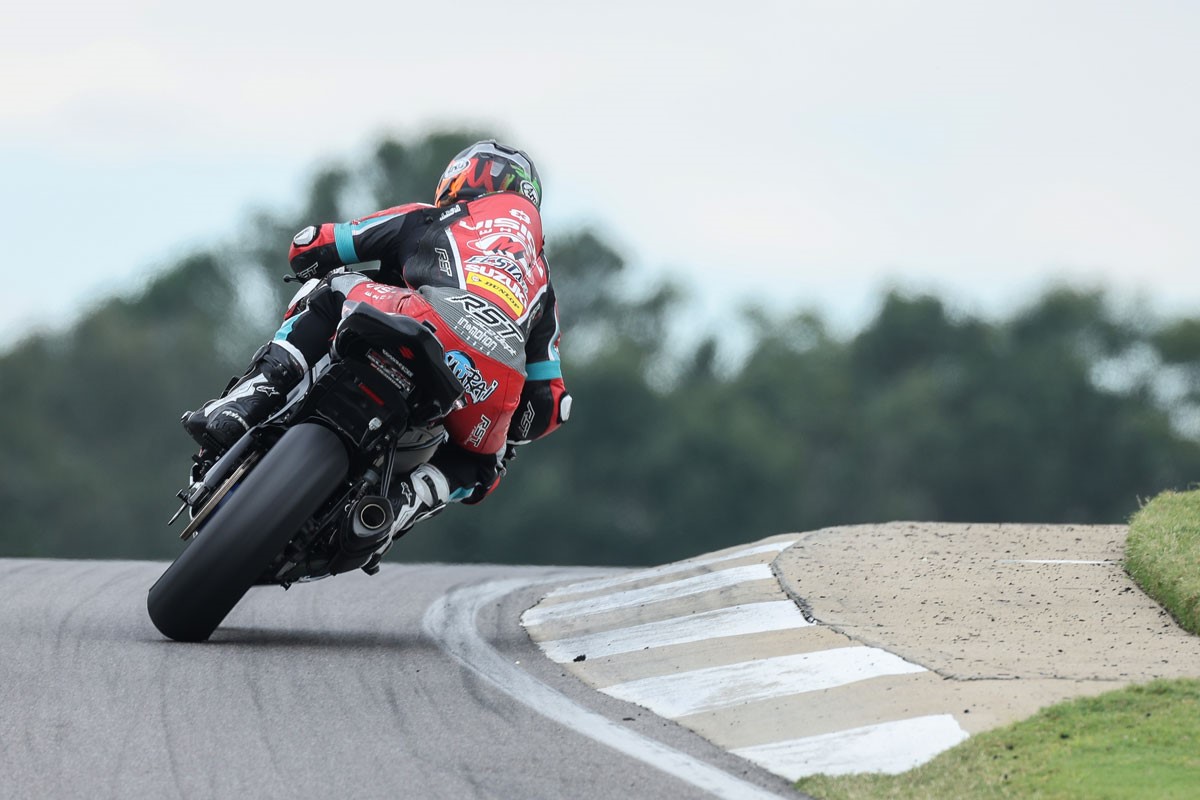 After a trying season, Sam Lochoff (44) finished in the top five in the last race of the season.

Lochoff, who continues to fight his way back to form and fitness following a lengthy injury-forced layoff, battled for the podium for much of the race before eventually earning an encouraging fifth.

“It was a fun race, but it was crazy. I have often raced in the wet, but never on a dry track with rain tires. Call that one a learning experience, but I was glad to get fifth.” Said Lochoff. “I had dropped back to about seventh at one stage but I came back through the field. I thought I was going to make a pass for third, but I had no front tire left. The left side of the front tire was totally gone and the handlebars were moving back and forth even when I was on the straight.” 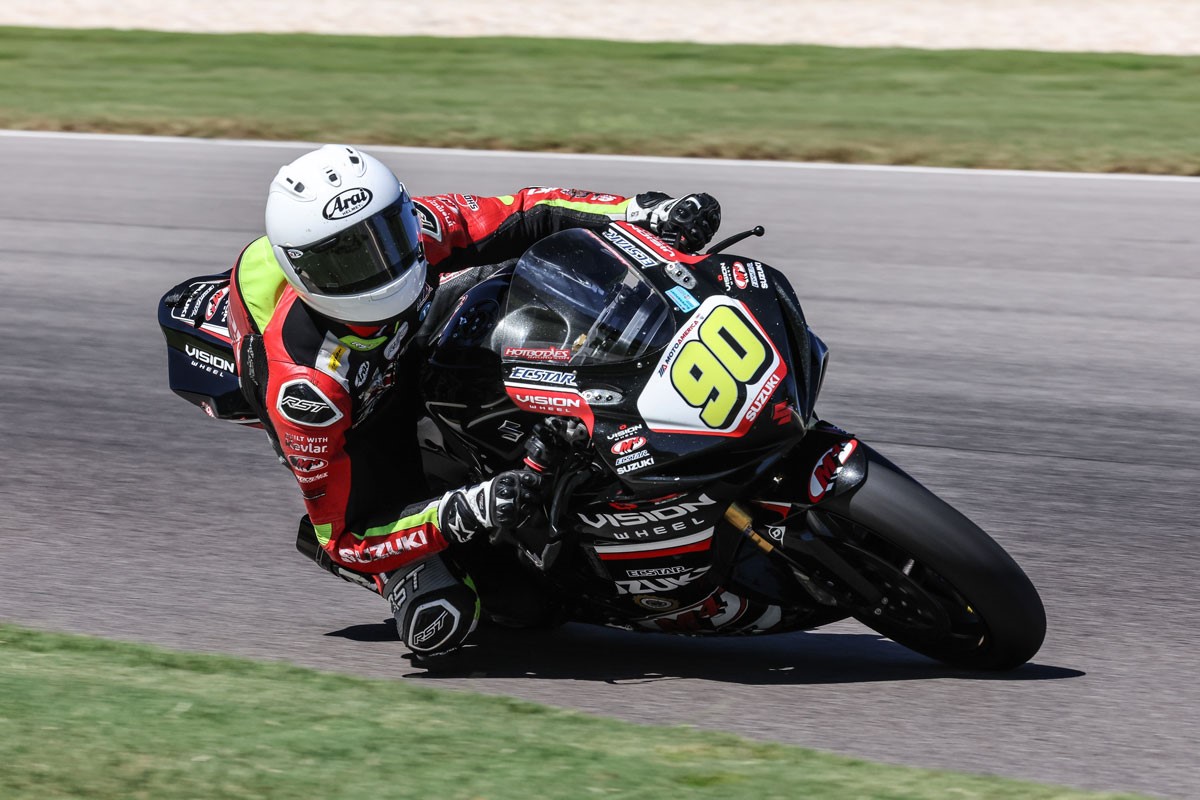 Liam Grant (90) had a challenging Race 2, but gained plenty of experience in his rookie Supersport season.

Third Vision Wheel M4 ECSTAR Suzuki Supersport entry Liam Grant had a more difficult time with the conditions. Grant took the risk of beginning the race on dry tires, ultimately fading from his grid position inside the top ten down to 16th. The youngster ended his rookie Supersport season ranked 13th on the strength of eight top-ten finishes, highlighted by the best result of sixth. 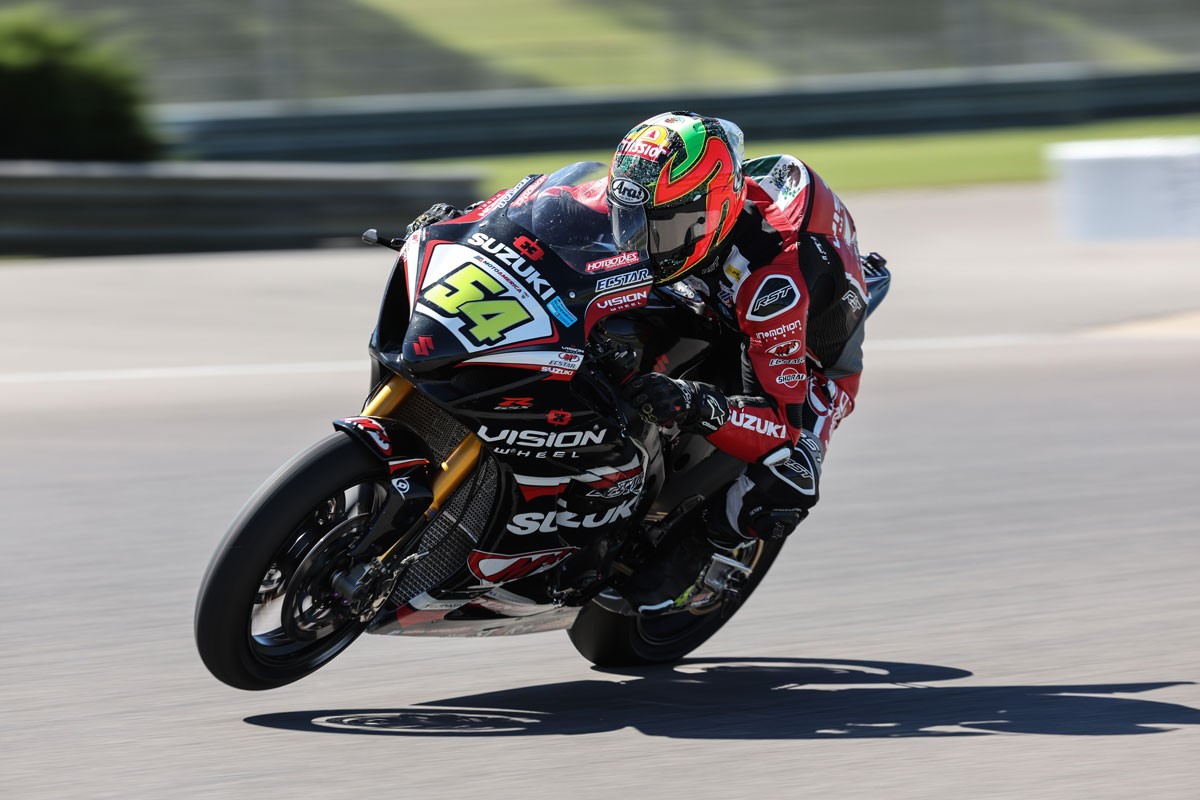 Premier-class rookie Escalante made a late pass on his veteran teammate to end the year with a promising sixth. The result was Escalante's 12th top ten in a year that saw him finish ninth in points while scoring five top fives, including a pair of fourths.

“The beginning of the race was a little difficult,” said Escalante. “With the rain in the morning, the temperature was cooler today and we chose a different tire. Sometimes you have to take a risk and it did not work out at the beginning. As the race went on, I got stronger, and I was able to go faster and be the top Suzuki finisher. I am happy with the year, learning step by step with a great team. Now is the time to take what I learned and train hard to get ready for next season”. 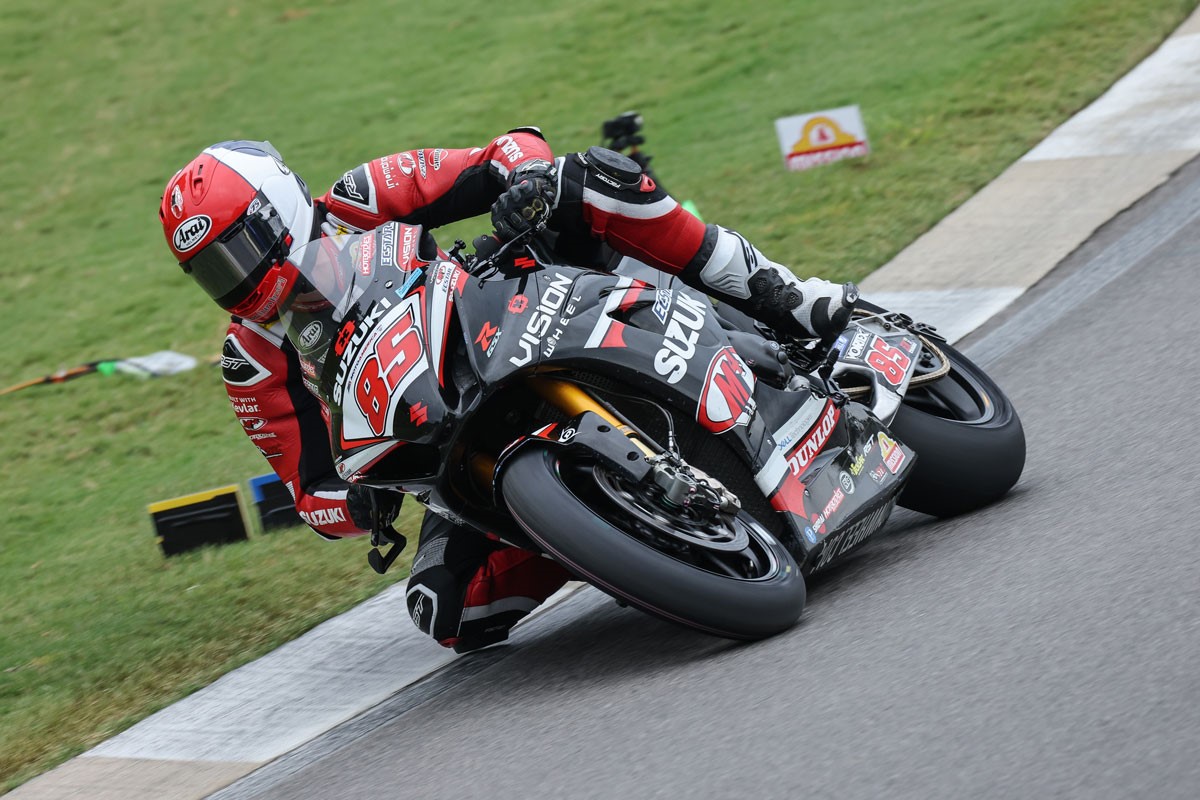 After a challenging season, Jake Lewis (85) finished seventh in the last race of the season.

Lewis held sixth for much of the race over Escalante. His seventh was his 15th top ten. The Kentuckian ended the year ranked seventh, boasting three top fives on the season, including a podium.