MotoAmerica Supersport sensation Tyler Scott notched the eleventh top-five result of his maiden Supersport season and was in contention for much more than that deep into the 19-lap contest. 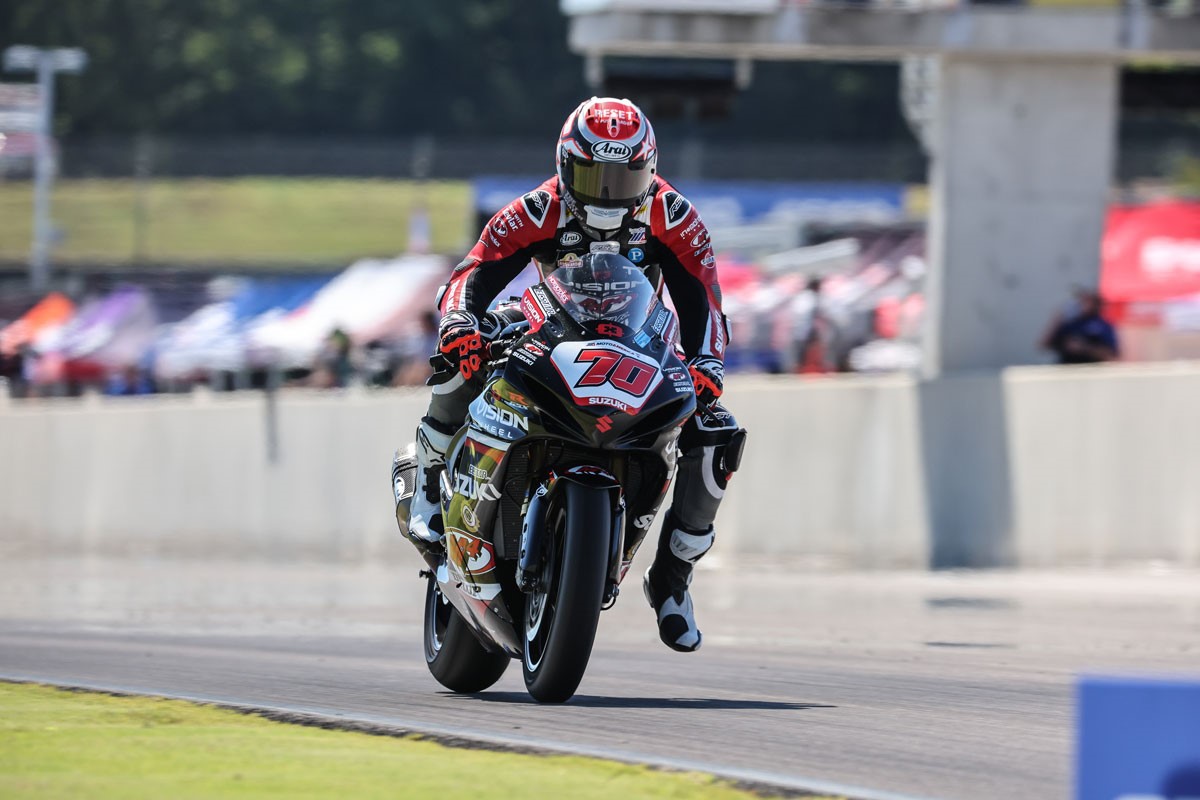 Tyler Scott (70) looking to close out the 2022 MotoAmerica Season Strong.

The 16-year-old blasted off the middle of the front row aboard his Vision Wheel M4 ECSTAR Suzuki GSX-R750 to lead into the race’s opening corner before quickly settling into second. Scott was in stellar form during the race’s opening half, reeling the race leader back into his sights and then proceeding to challenge him for several laps.

On lap 11, however, Scott began to suffer from grip issues and was unable to persist in his assault for the race win. He eventually lost three positions, salvaging a fifth-place finish in the end.

“The first half of the race felt really strong,” said Scott. “I felt great and was comfortable battling for the lead. Unfortunately, the tire lost grip about halfway so I had to manage that and get as many points as I could. We’ll make a change for tomorrow, either a different compound or with tire pressure. Hopefully the rain holds off.” 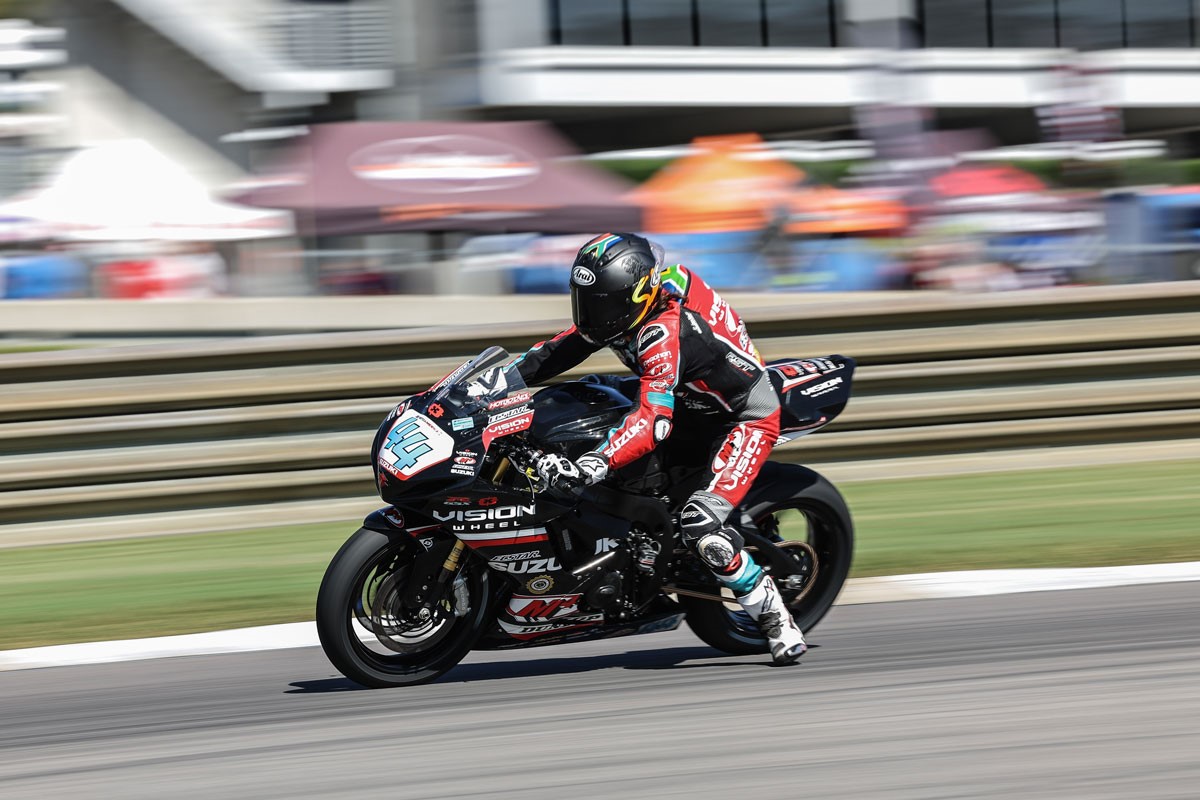 A tough Race 1 for Sam Lochoff (44) but is optimistic for a great result in Race 2.

Things were even more difficult for the still-mending Sam Lochoff, who was collected in a multi-rider incident that knocked him onto the ground and out of the race on Lap 2. While the South African was ruled out early, the Vision Wheel M4 ECSTAR Suzuki’s second Supersport rookie, Liam Grant, stepped up to battle well inside the top ten.

In the end, Grant scooped up the second-best result of his debut Supersport season with an eighth-place result. 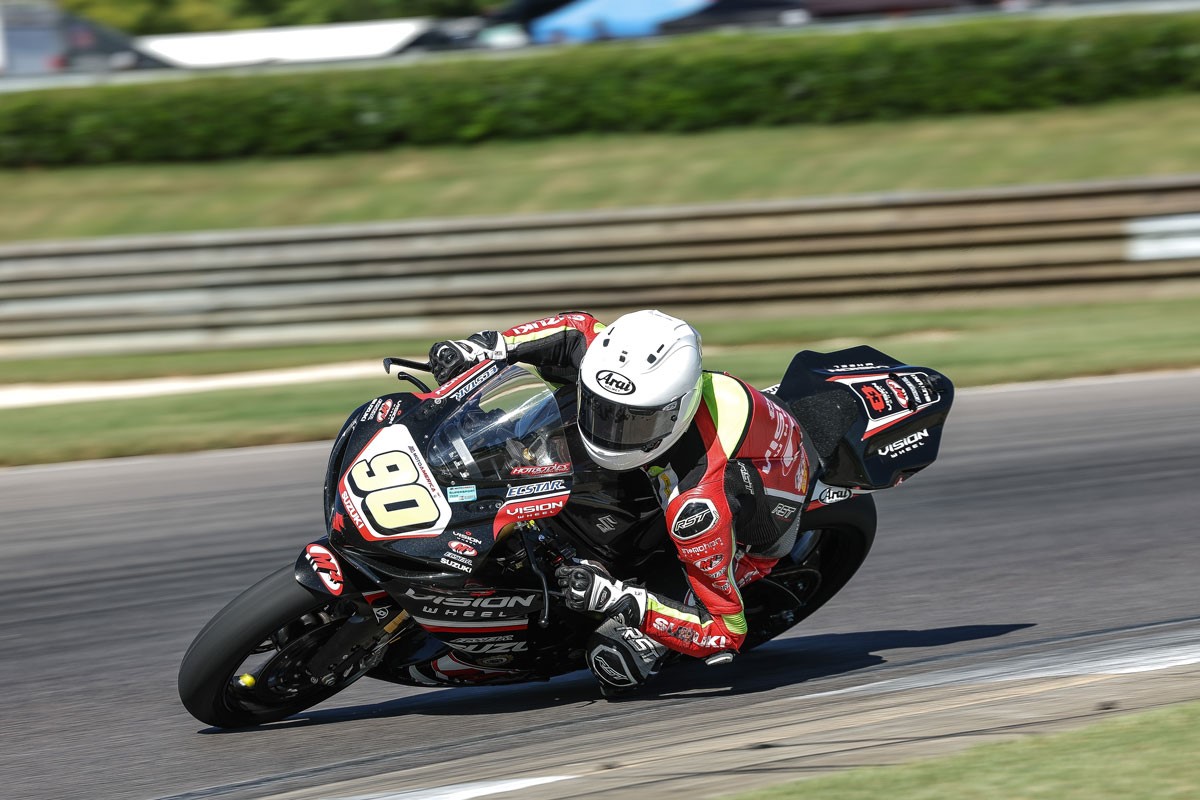 Liam Grant (90) is ending the season strong and learning his race craft.

“I got a strong launch and passed two riders right at the start,” said Grant. “Getting a fast first lap set me up for the race. It put me in a position to avoid drama. This year has been a nice experience learning how to work with the team and we’ve found a great setup for the bike that works for me. I have a lot of confidence in this setup and was able to make some moves in Turn 5. We have really gelled lately and I’m looking forward to tomorrow.” 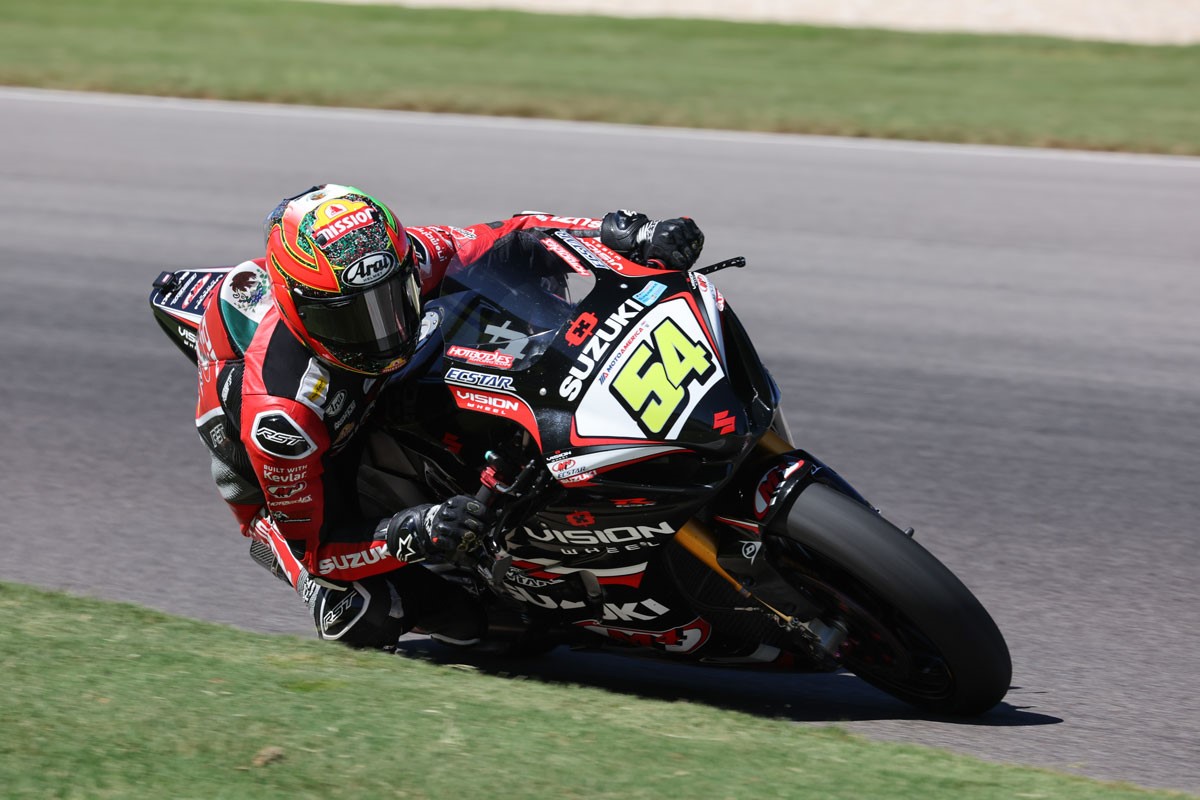 After an unfortunate last lap in Race 1, Richie Escalante (54) looks to bounce back after finding speed on his GSX-R1000R.

Escalante picked up a couple positions early after starting on the outside of Row 2 and then sat locked onto the rear-wheel of third place in the middle of the fight.

Escalante seemed at least a sure bet to equal his career-best Superbike finish of fourth late in the race. Unfortunately, he suffered a crash on the penultimate lap and was unable to properly celebrate his return to form.

“The mentality was to push and try to finish on the podium and I lost the front,” said Escalante. “It was a small crash in Turn 2. This weekend has been much, much better and my confidence is back. I had a fast pace all weekend and qualified on the second row. I am very happy with the GSX-R and the team, and feel very optimistic about trying to finish on the podium in the next race.” 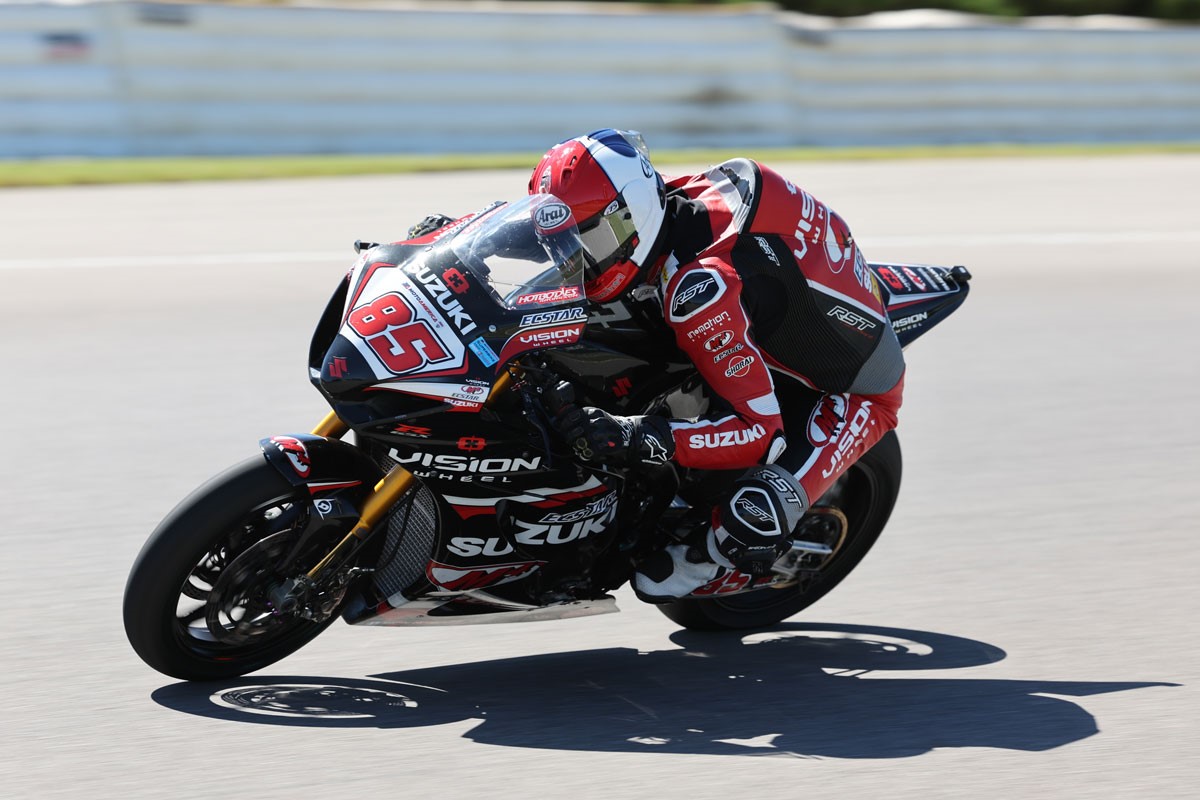 Jake Lewis (85) finds another top-ten in this up-and-down MotoAmerica Season.

Superbike vet Jake Lewis fought in seventh for much of the race before finally taking the checkered flag in eighth position.

Congrats to Hayden Gillim aboard his GSX-R1000R for taking the victory in Race 1 in the Stock 1000 class. Across all MotoAmerica classes, Suzuki’s showing their competitive edge.