BREA, Calif., April 11, 2022 — Suzuki Motor USA and Team Hammer’s Vision Wheel M4 ECSTAR Suzuki Superbike effort found more speed on Sunday at the Circuit of the Americas as Superbike class rookie Richie Escalante spearheaded a 5-6 finish for the team in the second round of the 2022 MotoAmerica Superbike season. 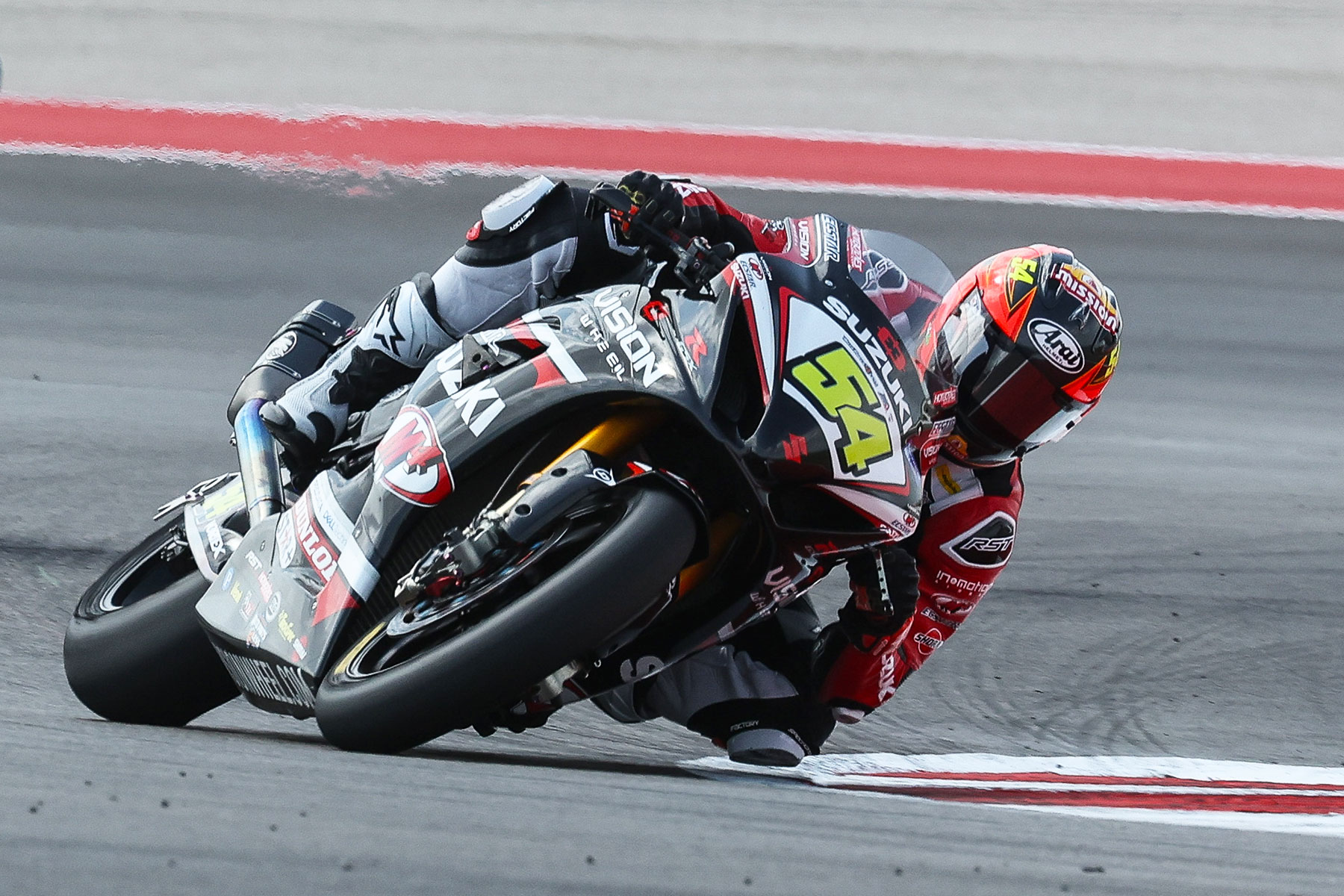 Superbike rookie Richie Escalante (54) continues to improve quickly and finished in the top five on Sunday.

Escalante and teammate Jake Lewis got away in seventh and eighth, respectively, and immediately started fighting forward aboard their factory-backed Suzuki GSX- R1000Rs.

Reigning Stock 1000 champion Lewis took point and the two positioned themselves to strike for a place inside the top five. Kentuckian Lewis was the first to do so, but he was then overhauled by impressive class newcomer Escalante, who is quickly finding his form on the bigger, faster machine after years of stardom on middleweight equipment.

Escalante not only ultimately scored his first premier-class top five, but he also effectively slashed the gap between himself and victory by half overnight.

Escalante said, “We made some changes on the bike and we surely improved, especially in the later laps. I’m super happy to put up consistent laps and finish P5. My entire Vision Wheel M4 ECSTAR Suzuki crew did an amazing job.

“I’m excited, but there’s still a lot of work to do to win in Superbike. I can’t wait until Road Atlanta to continue my process.” 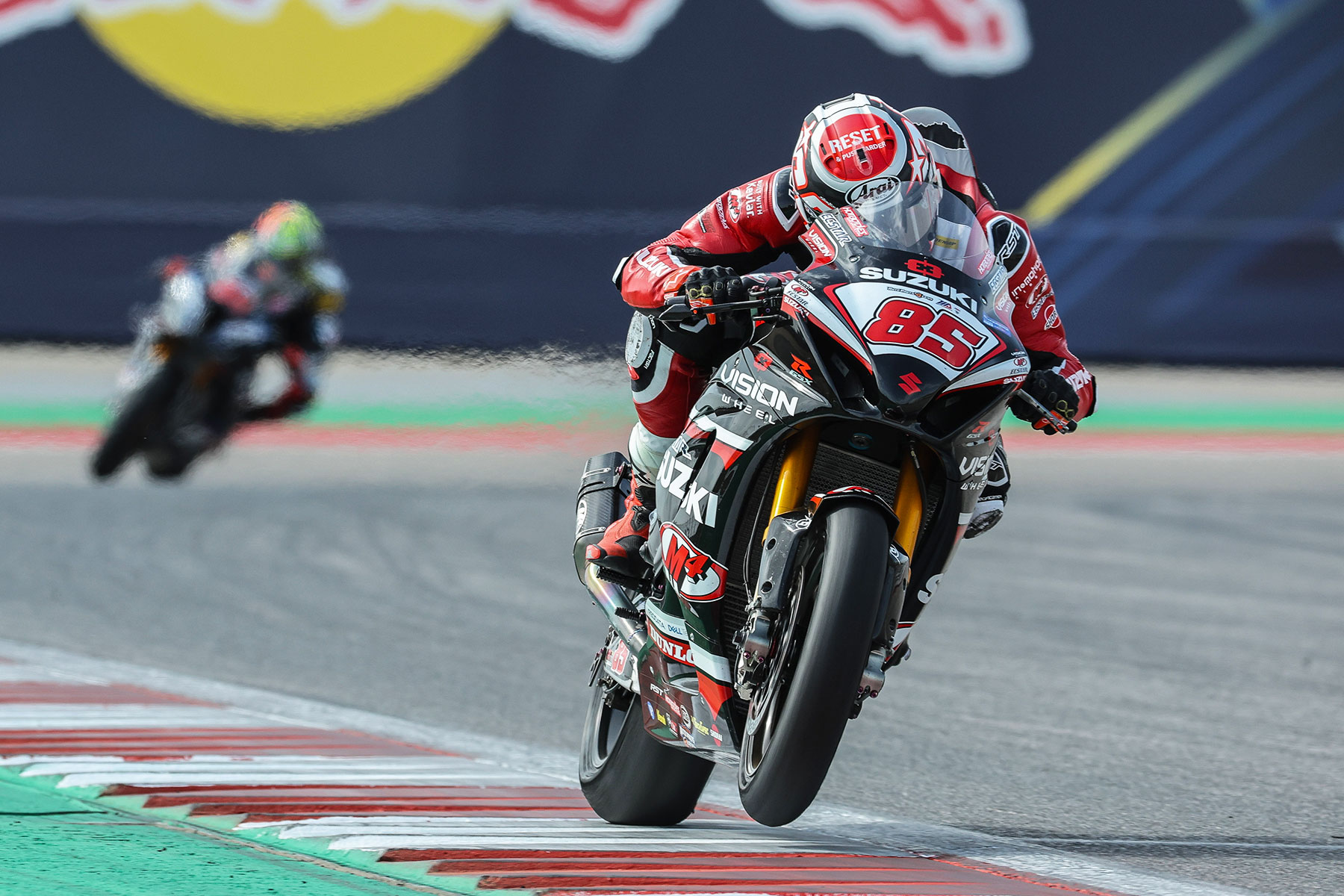 Lewis finished one position back to walk away from a promising first weekend back with the team with a pair of sixths.

He said, “We picked up another sixth, but we made a little bit of progress in that race. I got a decent start and then got into a rhythm and kept charging and charging. When Richie came by, I had run out of tire a little bit and didn’t have anything for him.”

“Overall, it was a better day and a better race. We will continue to try some things and hopefully progress for the next round.”

Both athletes are tied for fourth in the points standings after a challenging first event of the season, with limited track time to dial in the settings on their Suzuki GSX-R race bikes.

The AMA/FIM North American Road Racing Championship will resume with all classes in action together for the first time this season in two weeks’ time at Road Atlanta in Braselton, Georgia, on April 22-24.