Brea, CA (July 19, 2021) – The Suzuki racers all battled inside the top ten in both classes during round six of the 2021 AMA Pro Motocross Series at Spring Creek MX in Millville, Minnesota. Twisted Tea/H.E.P. Motorsports/Suzuki's Max Anstie delivered his season-best moto finish at the legendary track aboard his Suzuki RM-Z450. Anstie's teammate Brandon Hartranft had his Twisted Tea/H.E.P. Motorsports/Suzuki RM-Z450 flying up and down the now-legendary Mt. Martin uphill/downhill section. In a twist on the race day schedule, the 250-class took to the track after the 450 motos and BarX/Chaparral/ECSTAR Suzuki's rookie Dilan Schwartz rode like a hero on the brutal track conditions. 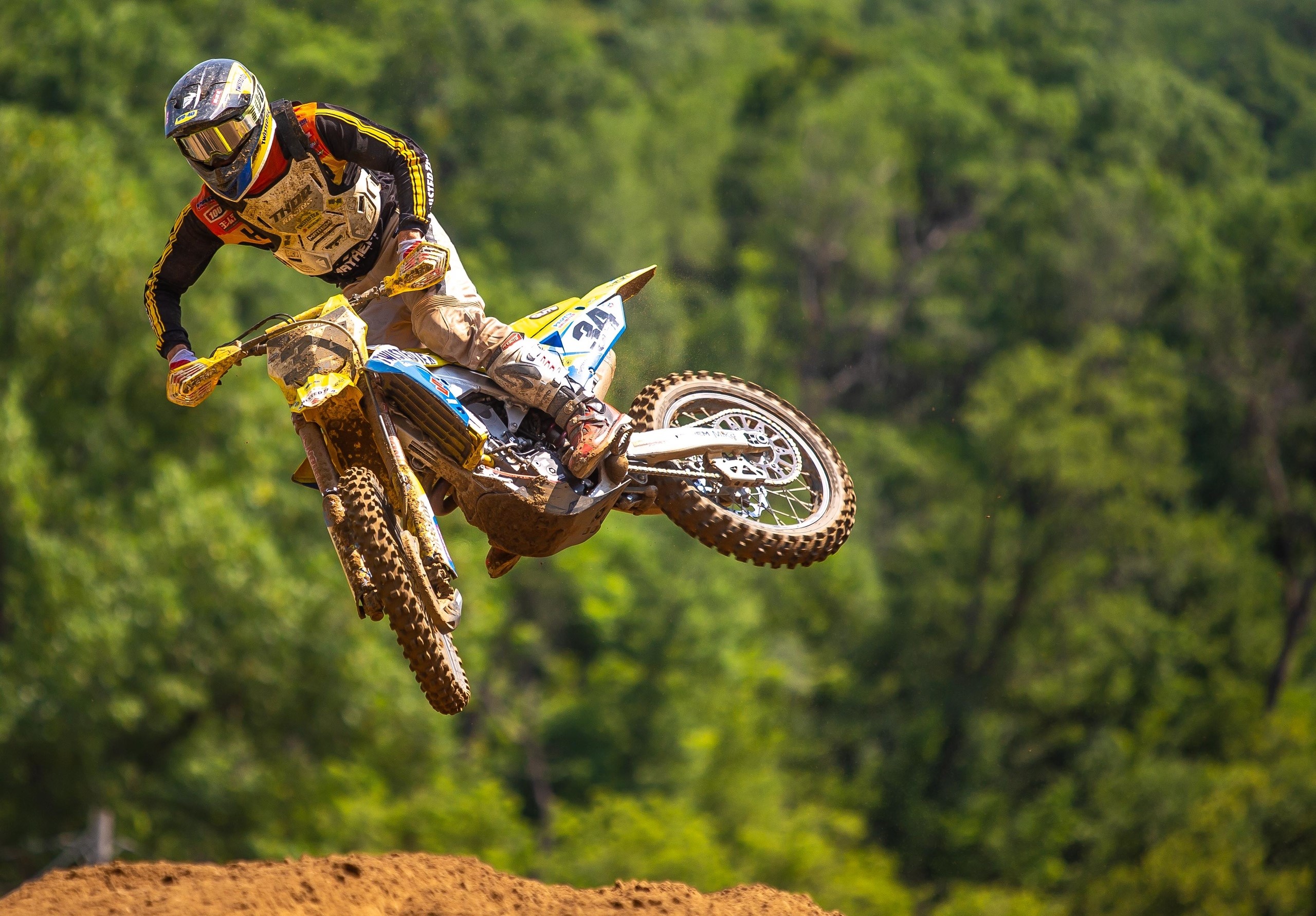 Max Anstie rounded the opening lap of Moto 1 just outside the top ten. The Englishman put down a blistering pace and steadily advanced, breaching the top ten 25 minutes into the 30-minute plus two lap moto. He delivered a season-best 9th place finish. In Moto 2, Anstie battled with his teammate and other riders and reached into the top ten just past the midpoint. The strong effort earned him his best 2021 overall motocross finish thus far.

"Here at Millville we did well. I think we made some progress," said Anstie once the dust had settled. "I'm happy with my performance today. In the second moto I was riding well, and I actually tipped over, then I came back to eleventh, which was okay. We've been searching, we've made a few steps, and we're definitely on the right track and closer – closer to being in that race [at the front]. We're looking forward to Washougal next week and we're going to give it to 'em there." 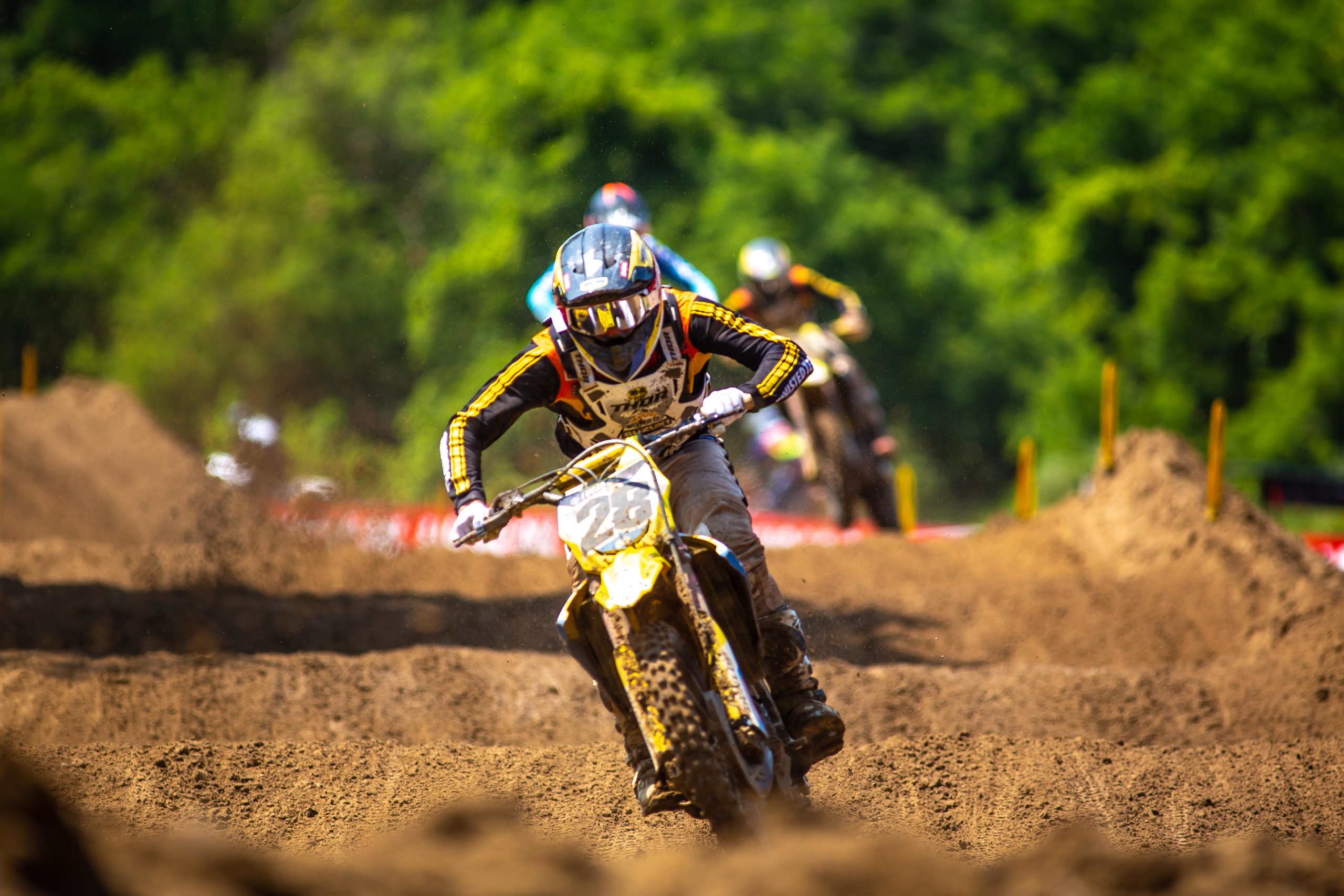 Brandon Hartranft (28) fought through challenges to earn key points on his Suzuki RM-Z450.

After an issue before the gate drop of Moto 1, rookie Brandon Hartranft flew past 450-class racers during an impressive charge that got him into the top twenty within ten minutes of the start. From there Hartranft steadily pushed, picking off 26 riders before the checkers flew. He pulled a top ten start in the second moto and battled in that race with the front runners of the class. Hartranft is showing great speed and composure in his first year racing a 450 outdoors.

"It was a solid day. In Moto 1 we had an issue and missed the gate drop," Hartranft shared. "The race started, and we took off about 20 seconds later. I came from literally last to 14th, so I was very happy with that ride. In Moto 2 I had a great start, I think I was sixth; it was great battling up front with those guys. About ten minutes in I had a problem, let some guys by, and dropped back to about 13th. I ended up passing for 12th with two laps to go. I feel like I'm riding really well so we'll just take the positives and keep moving forward."

"It was another solid building day at Millville," recounted Twisted Tea/H.E.P. Motorsports/Suzuki Team Manager Dustin Pipes. "Both riders are starting to click and realize their capabilities. Once we improve our starts, they'll be firmly in the top ten. We've come a long way with getting the bikes set up for each rider and I'm happy to see it start translating into results." 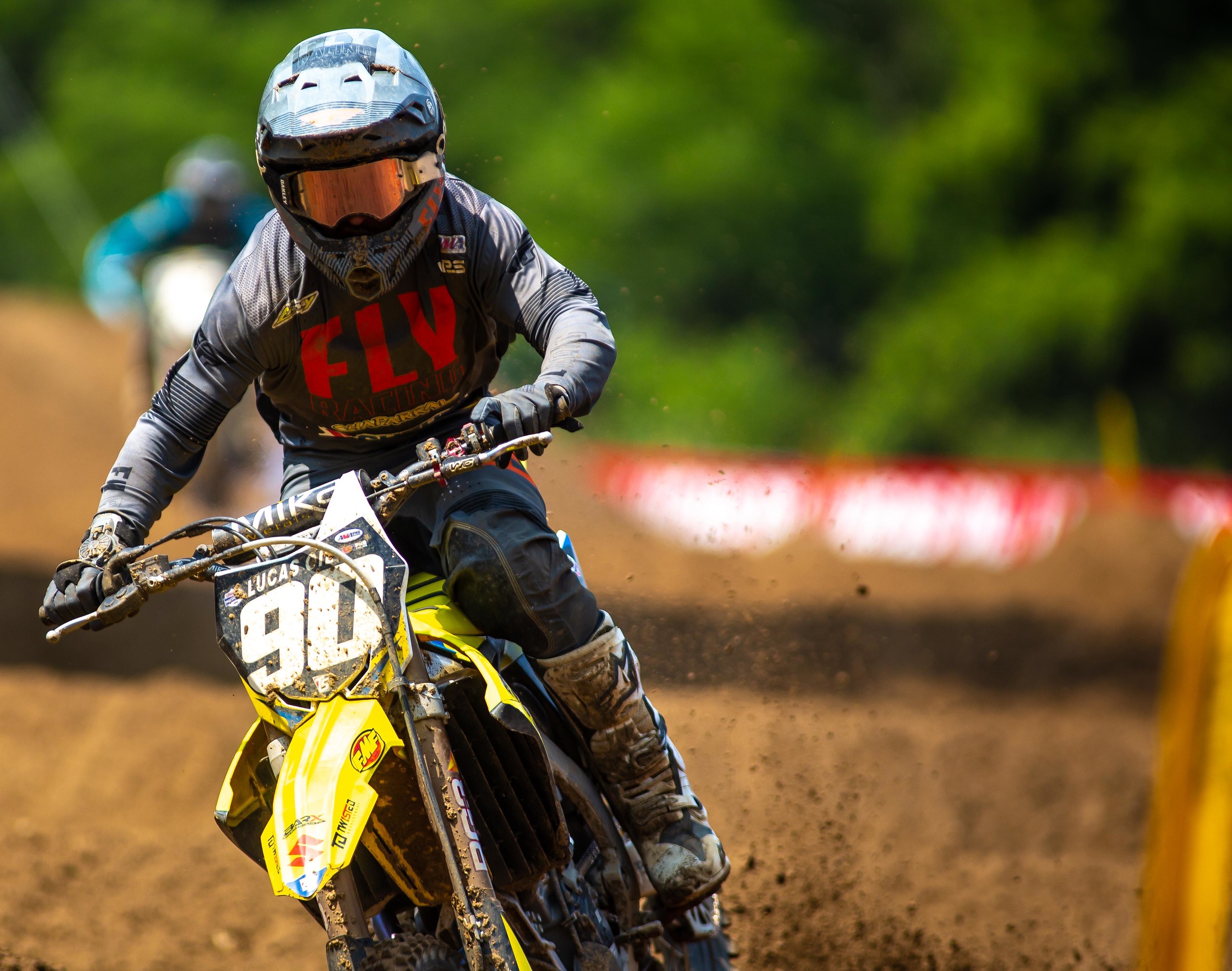 Dilan Schwartz (90) rode well on a rough track to deliver two strong finishes on his RM-Z250.

At Millville the 250-class raced after the 450s, presenting a rougher track for the smaller-displacement machines. In his first season as a pro, Dilan Schwartz turned a midpack start in Moto 1 into a run toward the front on his RM-Z250 for another amazing rookie performance. In the second moto Schwartz pushed again from mid pack. He deftly avoided an early-lap pileup and contested inside the top ten for most of the moto. Schwartz's two strong moto finishes elevated him two positions in the overall points standings.

"Today was a step in the right direction," exclaimed Schwartz. "The past few weekends have been rough, but we are starting to turn it around. We just have to keep improving and gaining experience. I really enjoyed this track and had fun today and am looking forward to next weekend!"

The racers, teams, and support crews do battle again next Saturday at the Washougal MX Park in Washington state. With two rookies and one rider with more MXGP experience than US racing experience, the Suzuki racers are improving at each round. With half of the races completed, they are all looking forward to a great second half of the season.