Brea, CA (June 21, 2021) – The skies threatened but the rain held off, yet that didn't stop the Suzuki racers from storming the steep and challenging Mount Morris track at round three of the 2021 AMA Pro Motocross Series. Rookie Dilan Schwartz put his BarX/Chaparral/ECSTAR Suzuki RM-Z250 into the top ten for the second consecutive race, earning a career-best sixth place finish in moto one of the competitive 250 class. Twisted Tea/H.E.P. Motorsports/Suzuki racer Brandon Hartranft also delivered a career-best moto aboard his Suzuki RM-Z450, and his teammate, Englishman Max Anstie, bulldogged his way to another strong finish on his Suzuki RM-Z450. Derek Drake of the BarX/Chaparral/ECSTAR Suzuki team made the biggest jump in the championship points standings with his Suzuki RM-Z250 as the series now takes two weeks off before the July 4th weekend event. 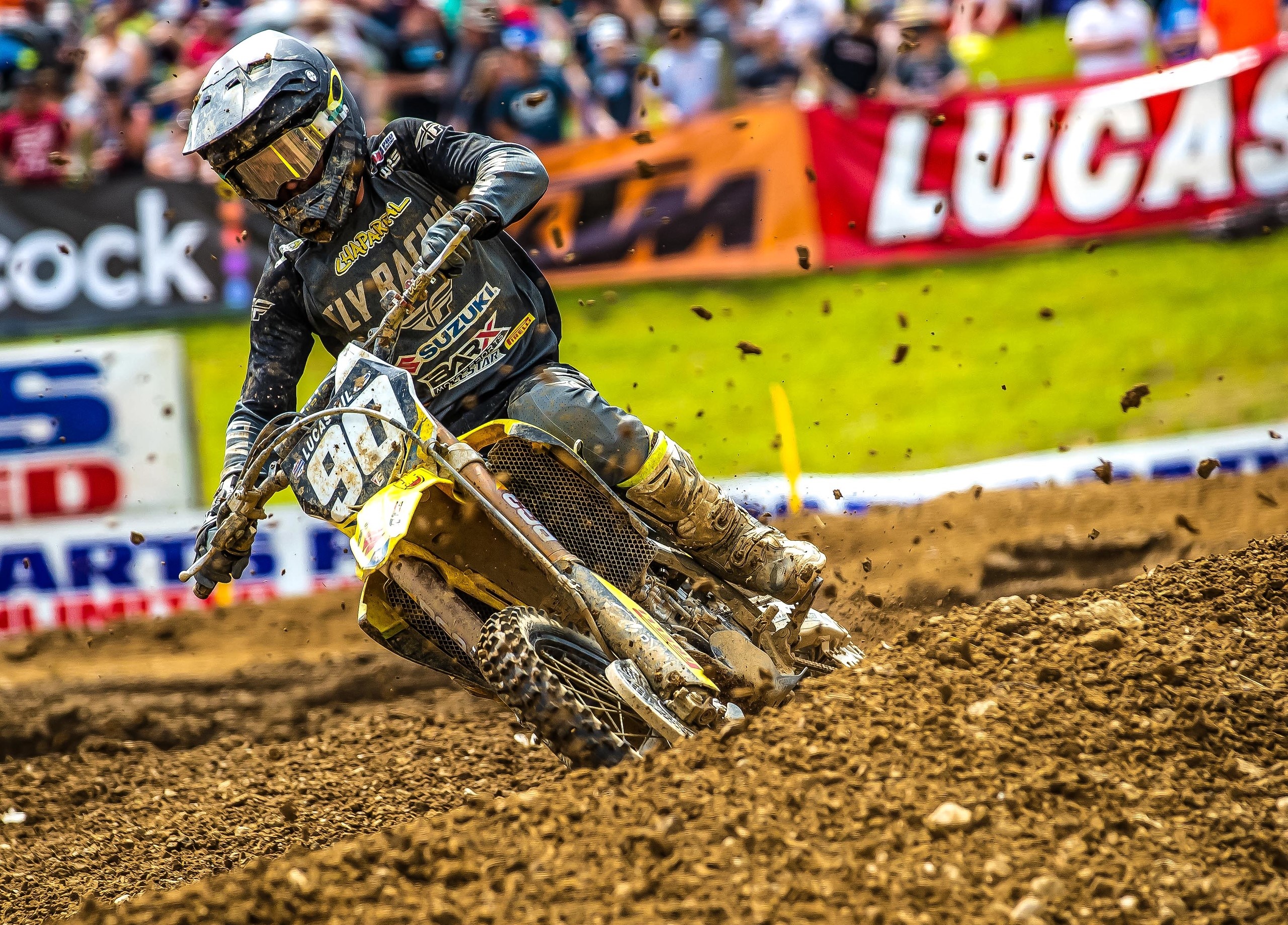 Dilan Schwartz continues to impress in his first full season of the outdoor motocross series. He put himself into the top ten early in Moto 1 and only moved forward from there taking his Suzuki RM-Z250 to a sixth-place moto finish. Trouble early in Moto 2 put him back outside the top 30, but the young racer charged through the pack to secure a top ten overall finish and a three-way points tie for 7th, 8th, and 9th position; the points gained were enough to advance him one spot up in the championship standings.

"Moto 1 was awesome," relayed the exuberant rookie Schwartz after the race. "I got off to a decent start and made some passes to get up front with the top guys. I got to run with them for a while, which I felt benefitted me a lot. I am pumped to finish that moto with a sixth. My second moto was rough; I had a great top five start and unfortunately in the second turn, I collided with another rider and went down. That put me in nearly last place. I ended up crashing two more times during the moto from just pushing it hard to try and get into the top 10, but I only managed to get up to 13th. I’m really happy with my riding and I'm looking forward to the race at RedBud!" 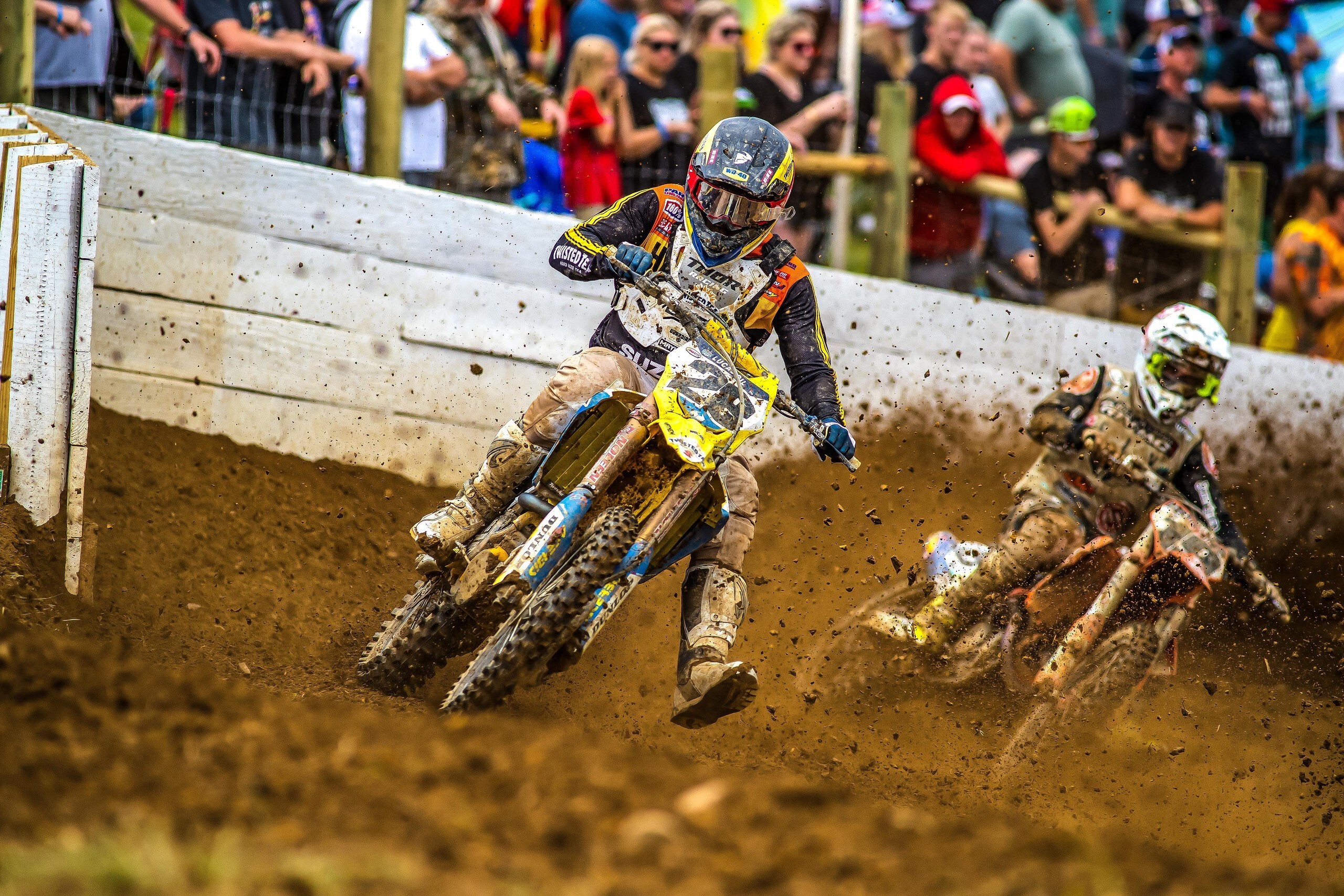 Brandon Hartranft (28) continued to put in the work and scored a career-best 450 moto result.

Twisted Tea/H.E.P. Motorsports/Suzuki's Brandon Hartranft scored his career-best 450 moto the hard way, also recovering from a spot outside the top 30 to average more than one pass per lap on his way forward. Hartranft's quickest time came late in the race, on lap 15, demonstrating that he's adapting well to the class and the powerful Suzuki RM-Z450.

"It was a way, way better day for me at round three." Hartranft said of his performance at High Point. "I definitely gel on the east coast tracks a little more. I qualified thirteenth and felt like I knew what I was doing out there. That gave me a decent gate pick for the first moto. Unfortunately, I made a small mistake when the gate dropped and that put us way back. I literally went from about 36th to 15th – that was a really good ride. I had a decent start in the second moto and had some good laps. I pushed and I felt good all day with my riding and my fitness. This weekend, we definitely took some big steps in the right direction and we're looking forward to the rest of this season." 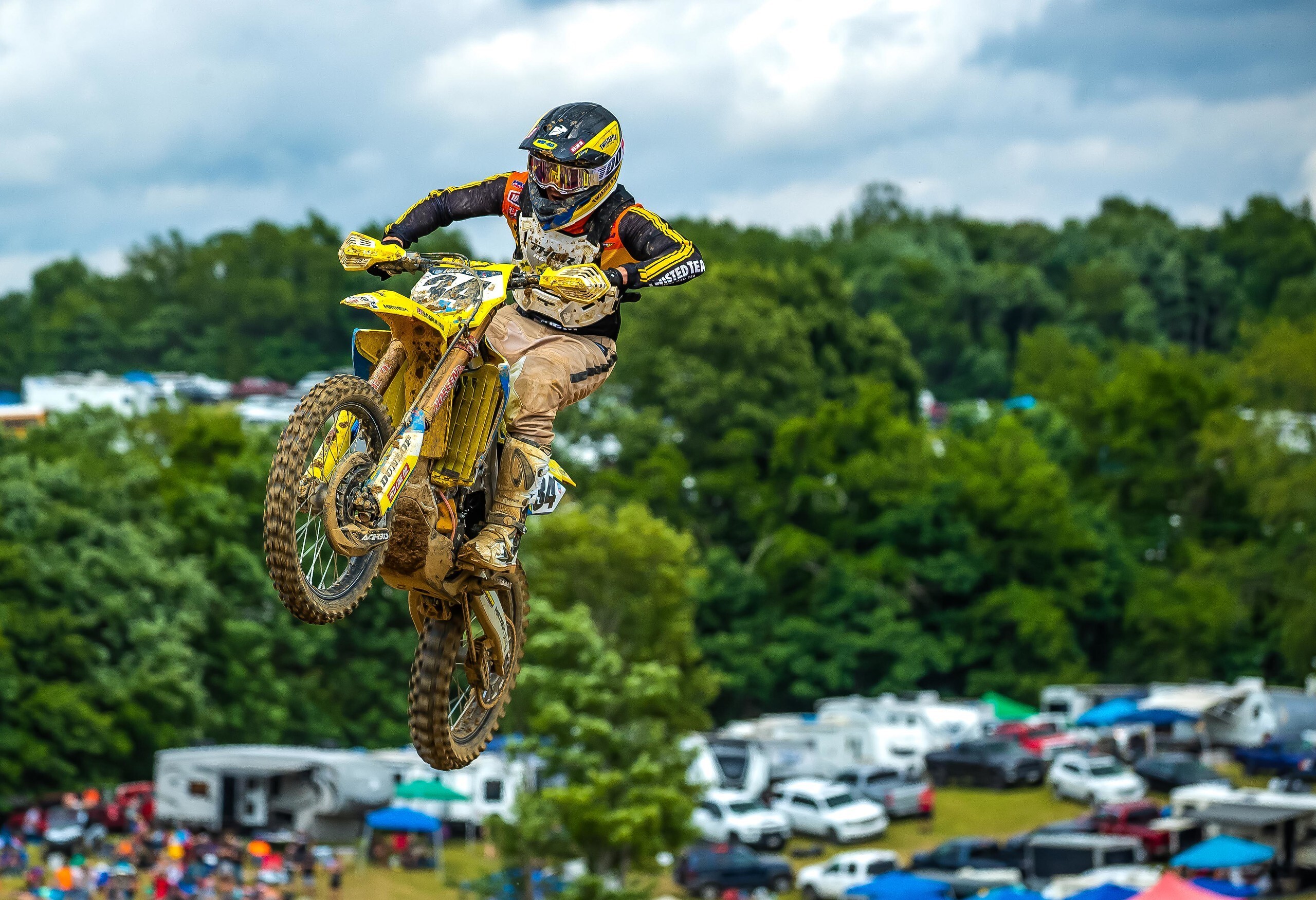 Max Anstie (34) earned enough points to move up one spot in the overall championship points standings.

Max "Mad Max" Anstie was another rider on the move in the 450 class, moving his Suzuki RM-Z450 past other racers to pull enough points on the day to move up one spot in the title points chase. On the rough track, Anstie also managed his fastest lap of moto one on lap 15 of the 17-lap race, showing he has the equipment and conditioning to stay strong through brutal challenges.

"We had an eventful day," summarized Anstie. "The first moto didn't go to plan. I had a small issue, yet I managed to come back to eighteenth in that race. In the second moto, I got a bit of a better start and just basically sat in fourteenth, which wasn't too bad, but I want to keep making progress. We've got another couple of weeks now to keep stepping it up." 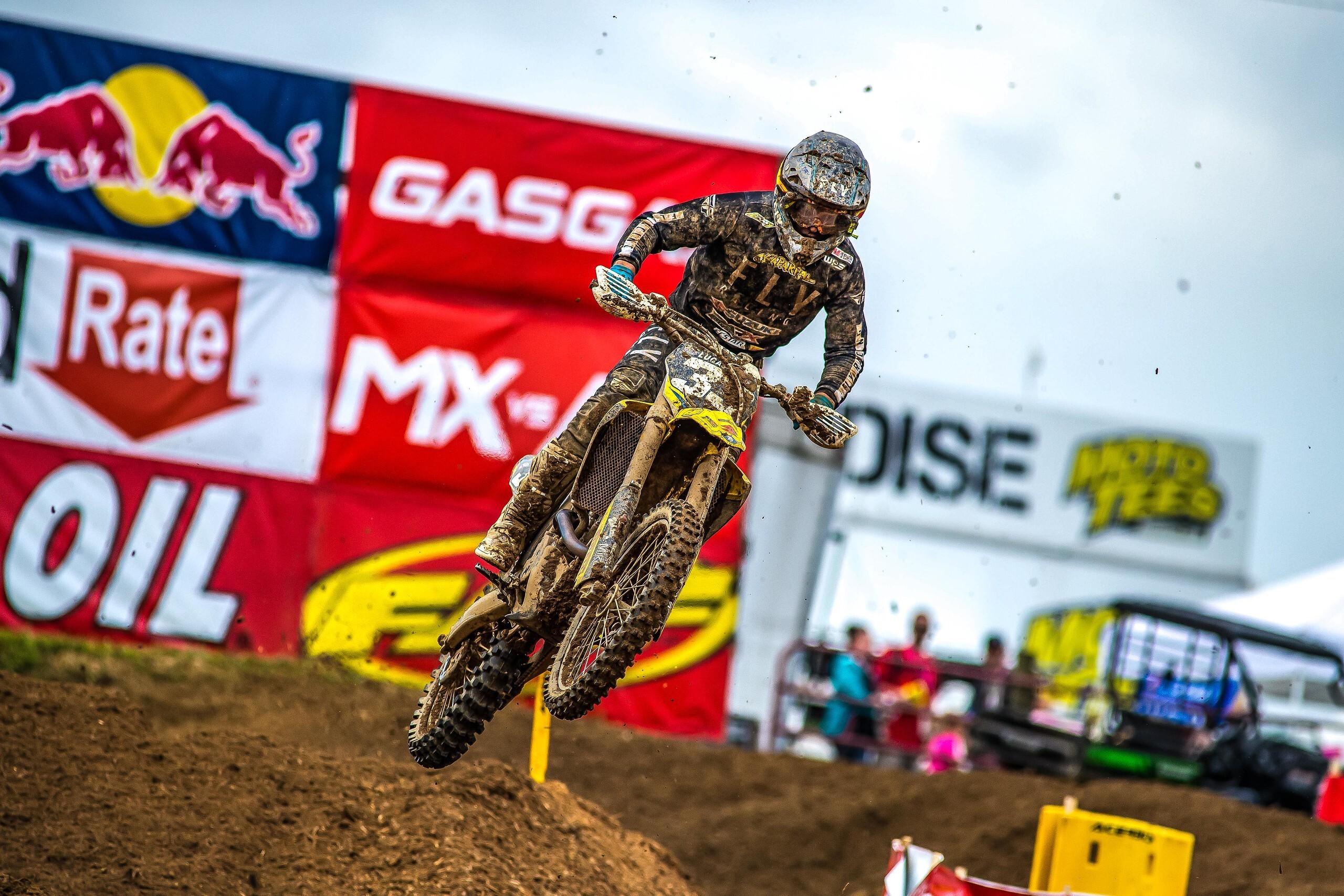 Derek Drake (33) raced hard and scored enough points to move up five spots in the championship.

Twisted Tea/H.E.P. Motorsports/Suzuki's Derek Drake delivered his best moto finish of the 2021 motocross season at High Point, recovering from a fall in Moto 1 and passing enough riders to earn the points needed to move up five spots on the championship leaderboard.

"In the first moto I tipped over in the second corner," explained Drake. "I was pretty far back, but I made a lot of passes up toward the front early in the moto. Unfortunately, I wasn't able to finish the second moto, but I'm looking ahead to RedBud."

"It was a tough weekend for the team," said Twisted Tea/H.E.P. Motorsports/Suzuki team manager Dustin Pipes. "We aren’t where we want to be with our results, but the guys have been putting in a lot of testing hours, so we are hoping for a quick turnaround. Brandon had his best day so far going from last to 15th in the first moto while running top 10 times. Max dealt with a fall and had to come back from being in the mid-30s as well. One of the guys should take home the RC Hard Charger Award for a little consolation. The next two tracks both play to our riders' strengths, so we’ll be doing everything to fire on all cylinders."

The 12-round AMA Pro Motocross Series takes one weekend off before round four at RedBud MX in Buchannan, Michigan on July 3rd. The event is a crowd favorite and features a track that most racers love. The Suzuki racers and teams will be ready to do battle again and continue to deliver career-best and championship-advancing rides.