250 East racer John Short posted his best top-ten finish of 2021 in treacherous track conditions to advance his Suzuki RM-Z250 up the championship leader board. 450 class rookie Brandon Hartranft also pulled himself and his Suzuki RM-Z450 up in the standings and 450 class racer Adam Enticknap showed impressive speed early in the racing on his Suzuki RM-Z450 at the fourth round of the series. 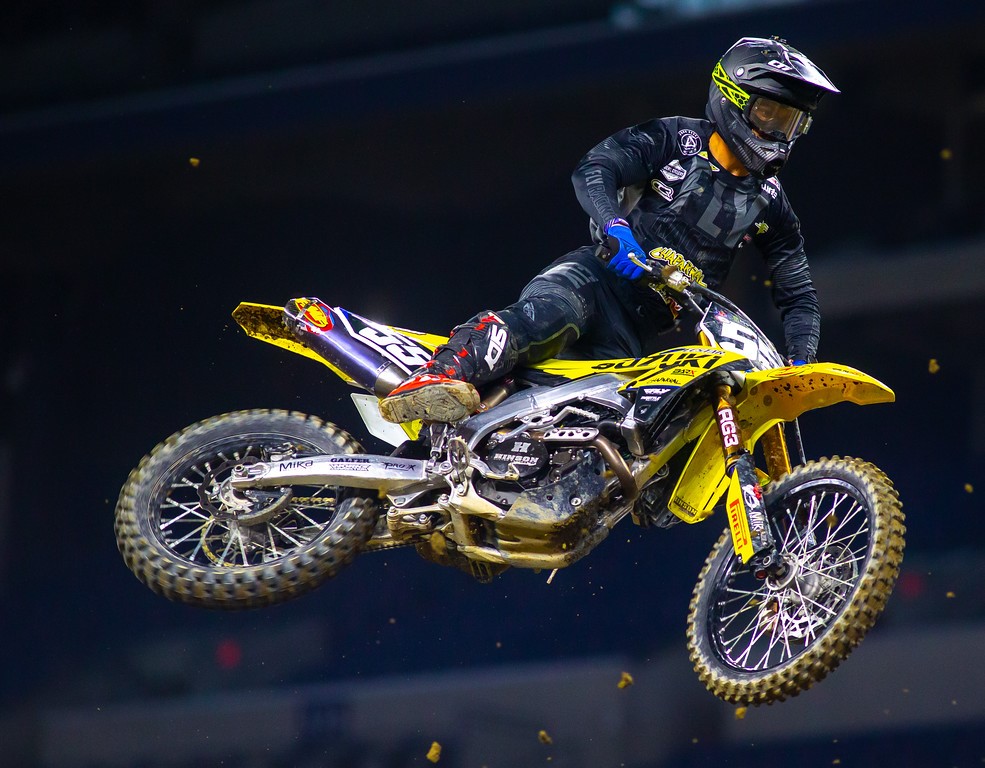 John Short put in great rides on his BarX/Chaparral/ECSTAR Suzuki RM-Z250 with a fiery charge through the pack in his heat race to secure a direct transfer to the main event. In the main, Short rounded the first turn mid-pack then went to work using his RM-Z's precise handling to slice through the field on a track that challenged all. Short overtook five riders and landed his season-best finish; it boosted him up two spots in the title points chase.

"Round four in Indianapolis was another consistent night on the RM-Z250," was how Short summed it up. "The track was technical with the soft terrain. I learned a lot and am excited to try and improve on tonight’s eighth-place finish." 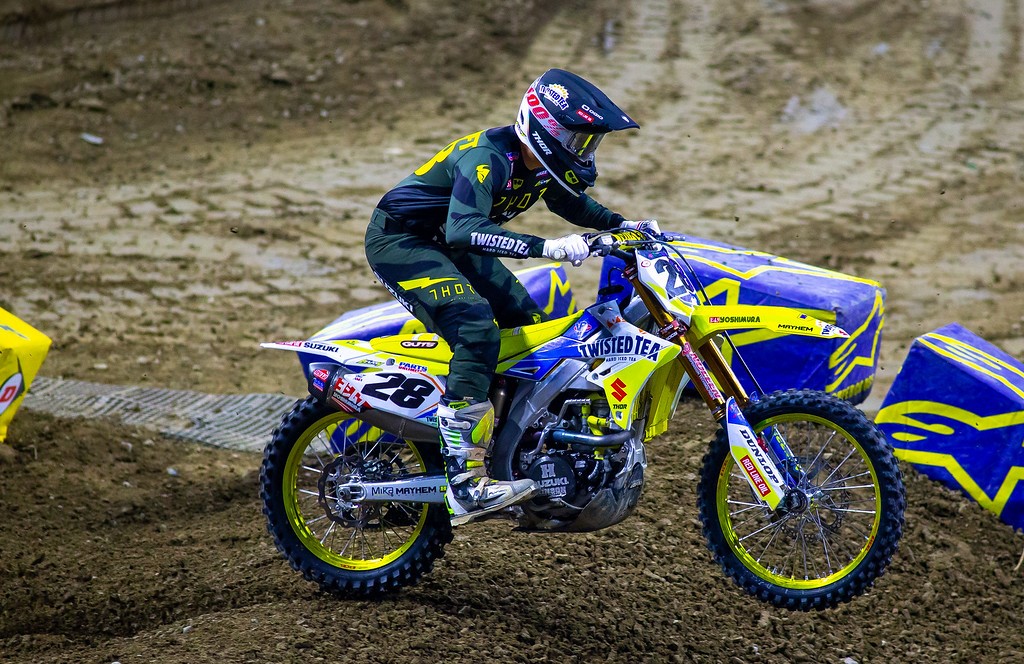 Twisted Tea/H.E.P. Motorsports/Suzuki rider Brandon Hartranft got comfortable on the rutted and challenging track early in the day, topping his group's second qualifier with the fastest lap time. In heat one, Hartranft put his RM-Z450's power down and reached the first corner in the top three. As the track reached up and bit several other riders, Hartranft rode consistently for a direct transfer. A bad track position during the early laps of the main event put Hartranft into chase mode; he fought to improve his finishing spot and when the dust settled had moved up one position in the championship points standings.

"I think this was the most rutted track I've ever ridden," Hartranft observed. "I think I came around in third place in the heat race off the start. I held sixth for a lap and a half then made some mistakes and just rode it out to make it into the main. In the main event I had a good start, but made a few mistakes in the first few laps and dropped back. I just plugged away and tried my best to stay consistent, avoid mistakes, and finish strong." 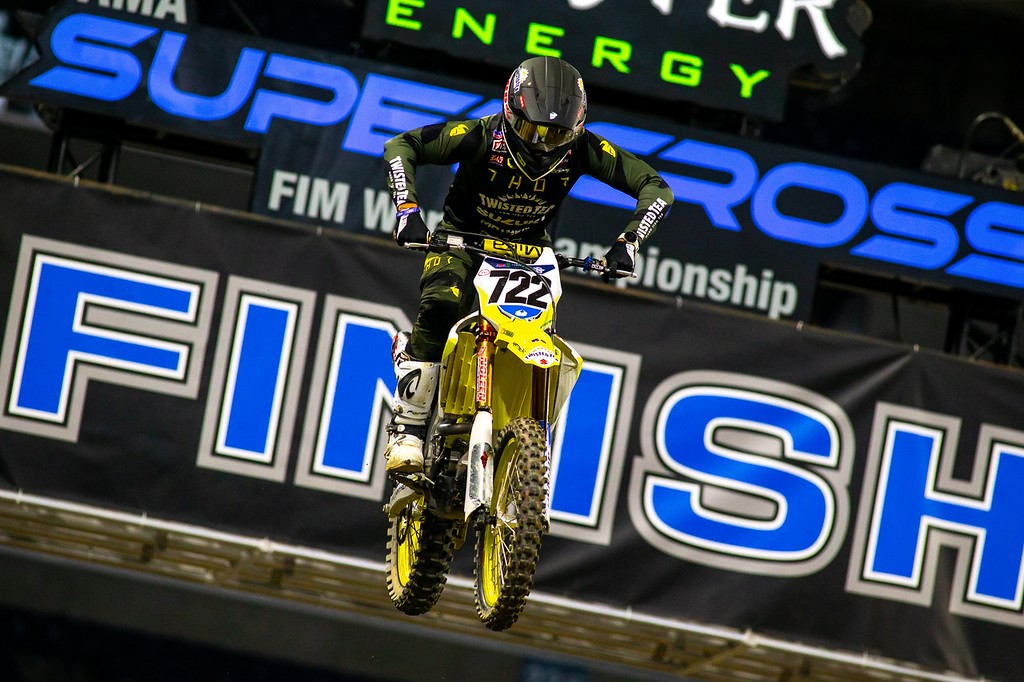 Adam Enticknap (722) had a great start in his heat race

Adam Enticknap was atop the leader board early in his second qualifying session, showing he was set for a great night race. Enticknap was fifth at the holeshot stripe in his heat race and held his own to transfer easily into the main event. Enticknap gained points, but didn't have the finish that his early-day speed had promised.

"I felt comfortable from the very first practice where I qualified P1 in free practice and then I qualified second in the first timed practice." Enticknap said after the race. "As I came out of the gate in my heat race I knew it was a good start. The bike was working great and I was working well. I think that heat race was one of the best rides I've ever had in supercross. Going into the main I had high expectations. I rode pretty well for the first ten minutes, but just made some mistakes that were costly. I'm excited for Indianapolis round two on Tuesday and looking forward to the third round also, especially because my bike's set up so well."

"In the qualifying practices the riders did okay, but they're better riders than how they qualified," Crew Chief Clark Jones noted after the event. "They did really well in the heat races, I was happy with both of their results. As far as the main event goes, the riders were riding well at times, but not consistently well throughout the whole main event. But overall it was a pretty good day."

The teams have two more events inside Lucas Oil Stadium as part of the second triple-header of the 2021 supercross season. The next round, the fifth of the season, takes place Tuesday night, February 2nd, and the third Indy round drops the gate on Saturday, February 6th.