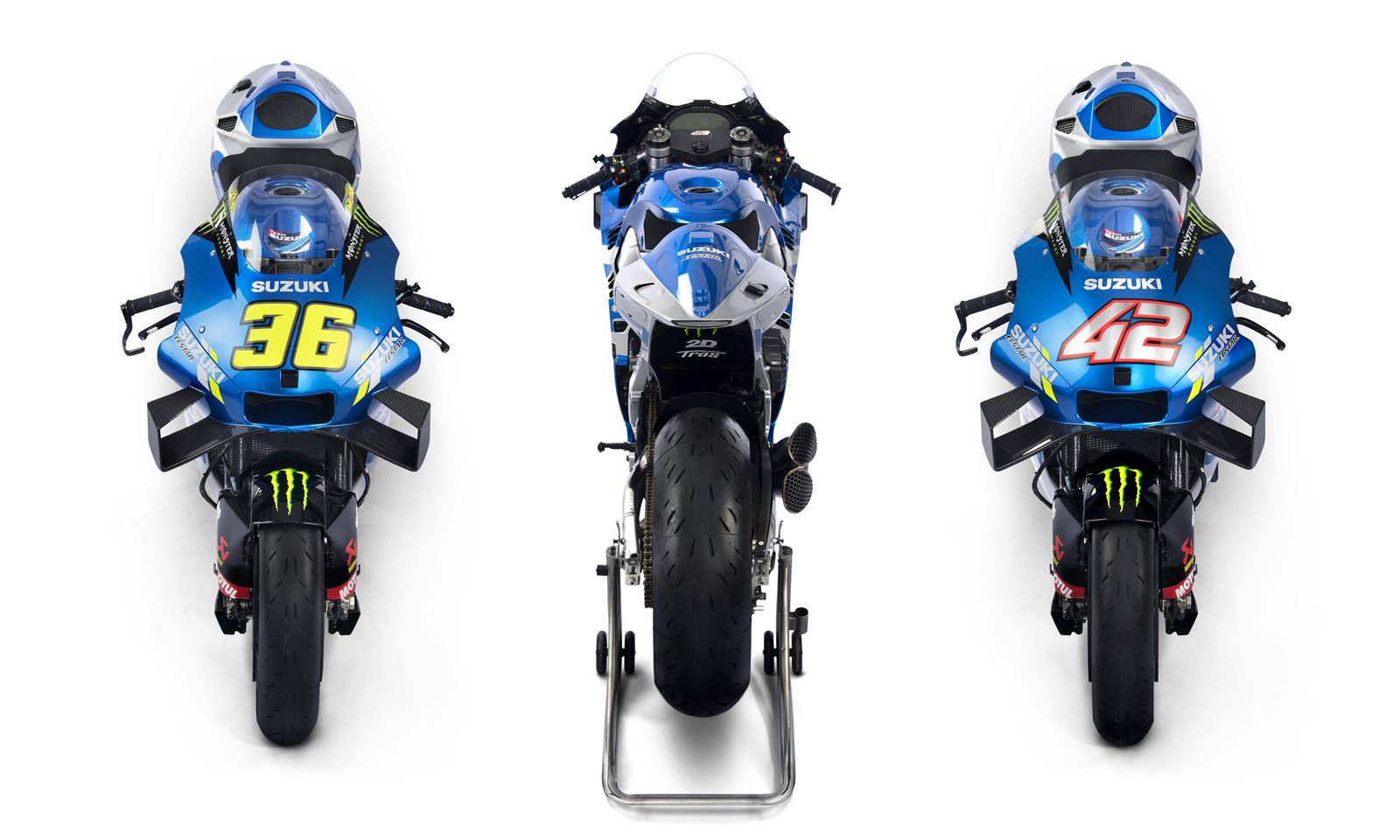 Suzuki Motor Corporation has officially launched its 2021 FIM MotoGP™ World Championship campaign with the unveiling of the team line-up and livery.

Since 2019 the rider combination has remained the same, with 2020 World Champion Joan Mir and Alex Rins. The Spanish pairing have a wealth of experience on Team Suzuki Ecstar’s GSX-RR machinery, and both have proven to be top contenders. Mir ended the 2020 season sensationally as World Champion after a string of impressive performances, while Rins finished close behind in third place overall after fighting back during a season marred by injury.

Team Suzuki Ecstar will run the GSX-RR in its latest livery, which includes new sponsorship from global drinks giant Monster Energy. The machine has developed and become stronger in recent years due to the hard work and expertise behind the scenes at Suzuki Motor Corporation in Japan and, despite a development freeze for all manufacturers in 2021, Team Suzuki Ecstar are confident in the bike and its ability to perform and also be improved upon. The aim will be to build on the success achieved in 2020, where Team Suzuki Ecstar also clinched the ‘MotoGP Team Championship’ title, with sights focused on the podium places and defending the title this year.