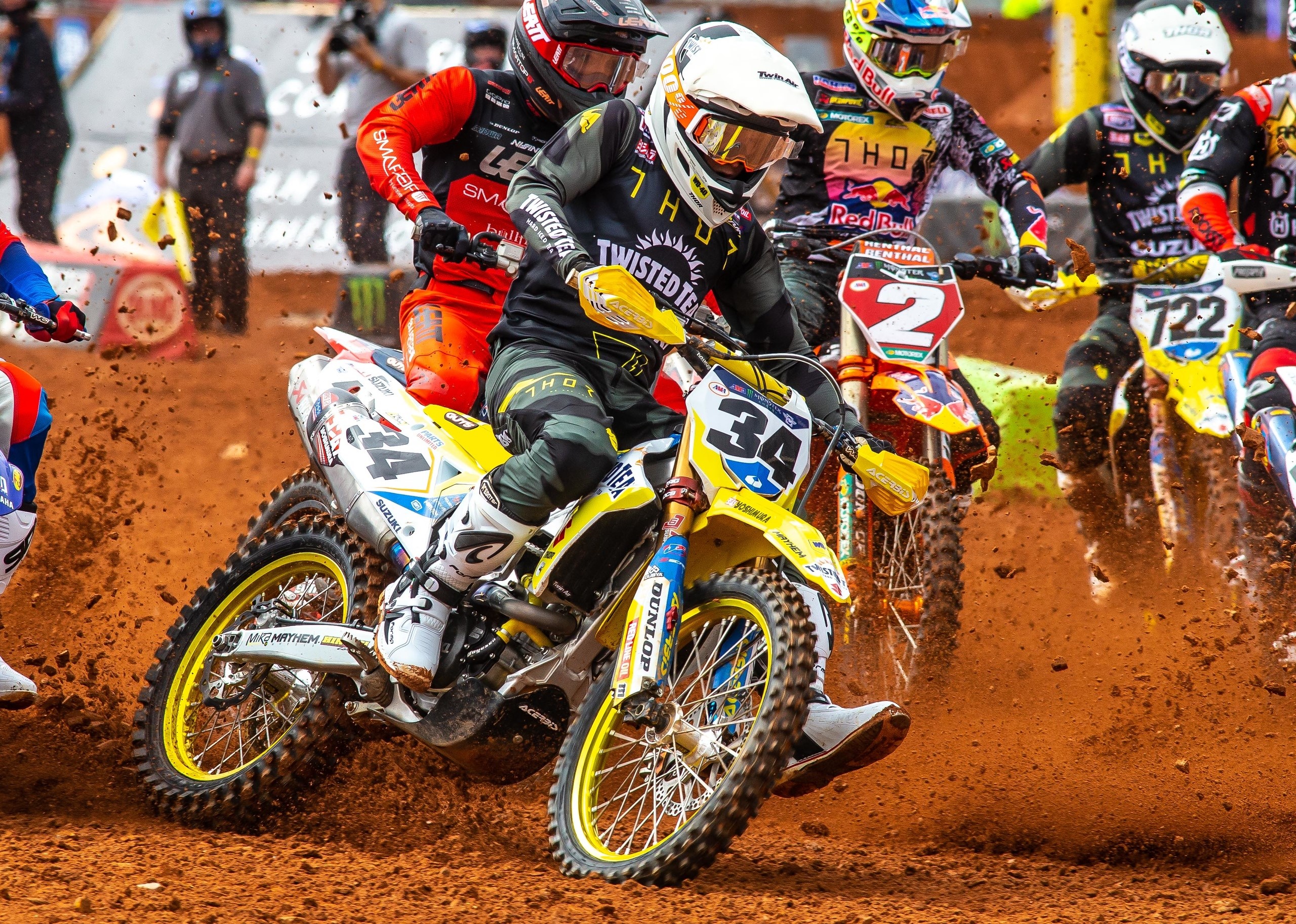 The racers had only one ten-minute qualifying session apiece on the high-speed track due to heavy mid-day rains. Englishman Max Anstie ran in fourth place for most of his heat race in the muddy conditions and earned a direct transfer to the main event. Anstie continued to impress in the main, launching off the gate and entering the first turn battling two other riders for the lead and emerging from the corner inside the top five. The track had dried nicely and the outdoor-specialist proved he is hitting his stride in supercross. Unfortunately, an early race incident saw Anstie hit from behind; the resulting crash took him out of the race while in position for a podium finish.

"It didn’t end as well, but I was making progress each time I was out there," Anstie summarized after the event. "I had a great time today. …In the main I felt like I was right in there in the first turn and sat in sixth for the first lap …and ended up going down, so it's the way that it goes. But I'm going to rebuild and hopefully we'll go again on Tuesday. [We'll] see how sore I am in the next few days, but it is what it is. I've learned in this sport that what's taken will be given at some point if you stick at it long enough. It's going to be all right. I'm looking forward to it. I'm pleased with how I felt on the bike. The end result, we didn’t get where we wanted, but we were right there, so on to Tuesday."

"Going into the main event, everything was good." Twisted Tea/H.E.P. Motorsports/Suzuki Crew Chief Clark Jones added, "Max had a top five start, everything was going really well and then a less-experienced rider rammed into the back of him and took him out for the evening. That was very unfortunate. Max was riding very well this weekend." 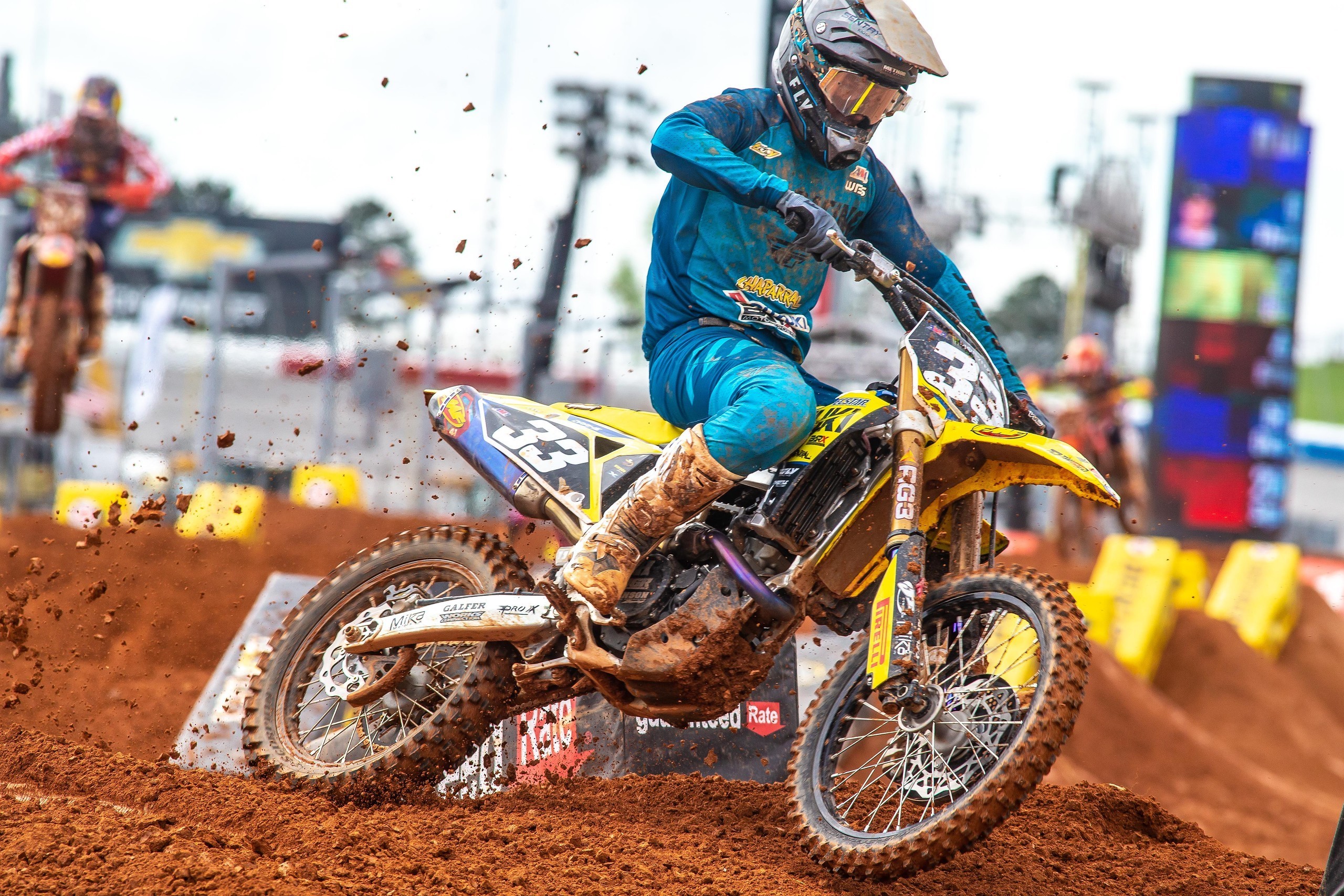 Making his first supercross appearance in 2021, Derek Drake made the best of his ten-minute qualifying session during the abbreviated rain schedule and came out swinging in his 250 heat race. He ran in a transfer position for much of the race but fell short of a direct transfer to the main event. Drake made the most of his extra time on the track by holeshotting the LCQ and leading for the first 1:45 of the five-minute plus one lap race before settling for a second place finish. In the main event, Drake didn't get the start he needed, but slugged it out and got his first race of the season completed, still healthy and showing good form.

"The first race back was a solid building block to get the nerves out of the way and get into the main event." Drake added, "At each race I'll improve and get better!"

Returning from a collarbone and rib injury, the popular Twisted Tea/H.E.P. Motorsports/Suzuki 450 class racer Adam Enticknap had a solid day and held steady on the slick and rutted track. The long start straight didn't work out as well for Enticknap as for the other Suzuki riders, and Enticknap found himself climbing through the pack in the LCQ and unable to reach a transfer position before the checkered ended his first of three Atlanta races.

"I'm back after five weeks of being off," stated Enticknap. "For the first heat race I had a bad start. I tried to make my way through the pack, but the track was super rutted out; it was slimy, it was slick, and there was only one line, so it was hard to make passes and gain time. But it was a really good learning curve for that LCQ. It had stopped raining once the heat races had started and the track actually dried up quite a bit… in the LCQ I double clutched it just a tiny bit off the gate… I rode well in the LCQ, made my way forward. …it's a starting point for coming back from the injuries. It was really, really good to see everyone from H.E.P., be under the tent, be on my Suzuki, and I'm excited to improve and get better throughout these races during the week." 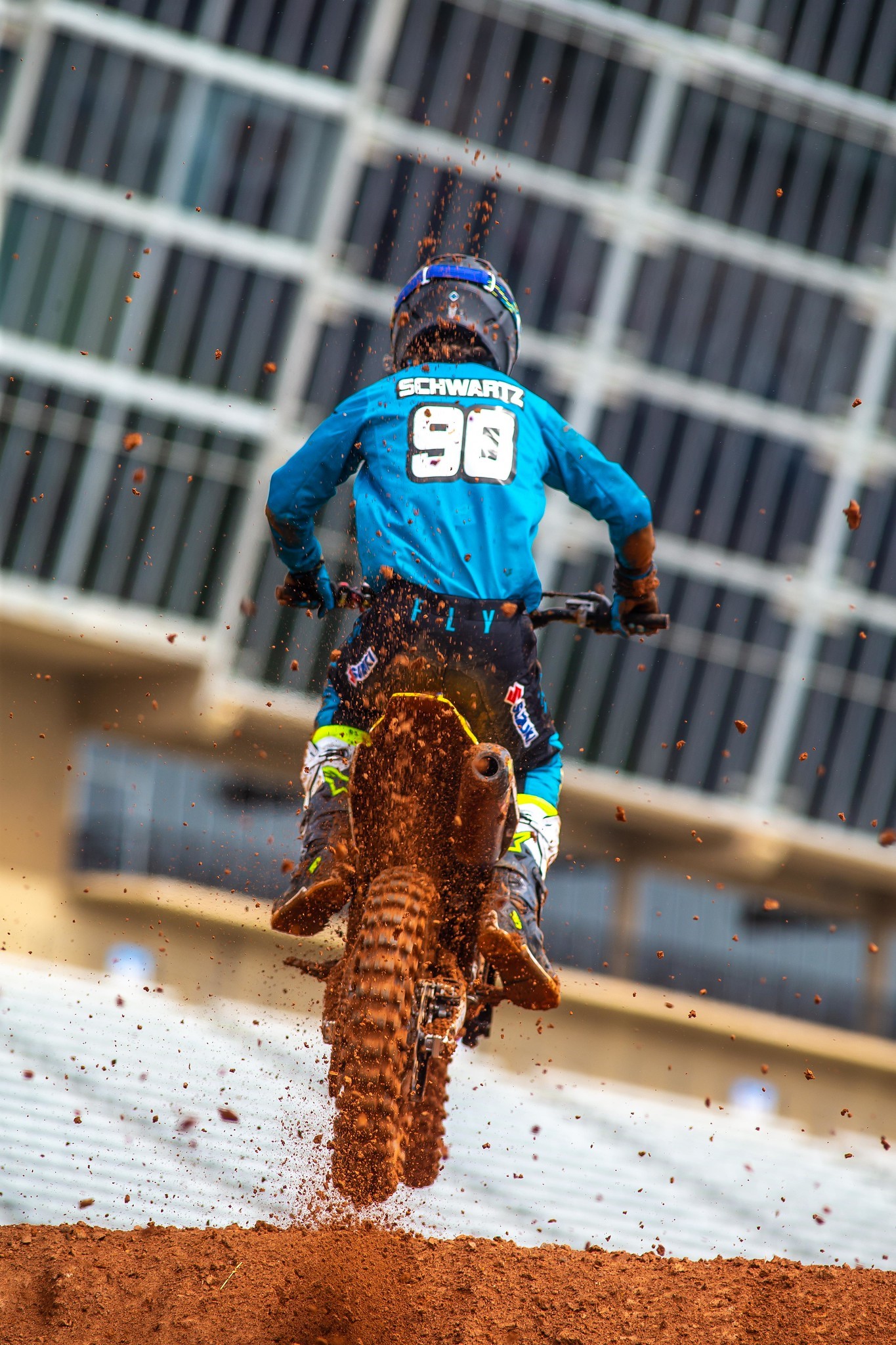 Returning after a crash at round nine in Daytona, Dilan Schwartz looked great in the dry qualifying session, but the first heat was muddy and slick despite outstanding track prep efforts. After getting pinched off going into the first turn Schwartz was aggressive, moving up seven positions in one lap of the heat, but the rookie missed a direct transfer to the main. Schwartz got a better start in the LCQ but could not make the passes he needed and missed a transfer finish by a few spots.

"Weird day," described Schwartz. "I felt good in the first timed practice and then the rain came. In the heat [race] I crashed on the first lap a couple times, but managed to get into a qualifying position, then ended up tipping over again. Unfortunately, I didn’t get the best start in the LCQ so I couldn’t get through to the main but learned a lot last night and I'm looking forward to Tuesday!" 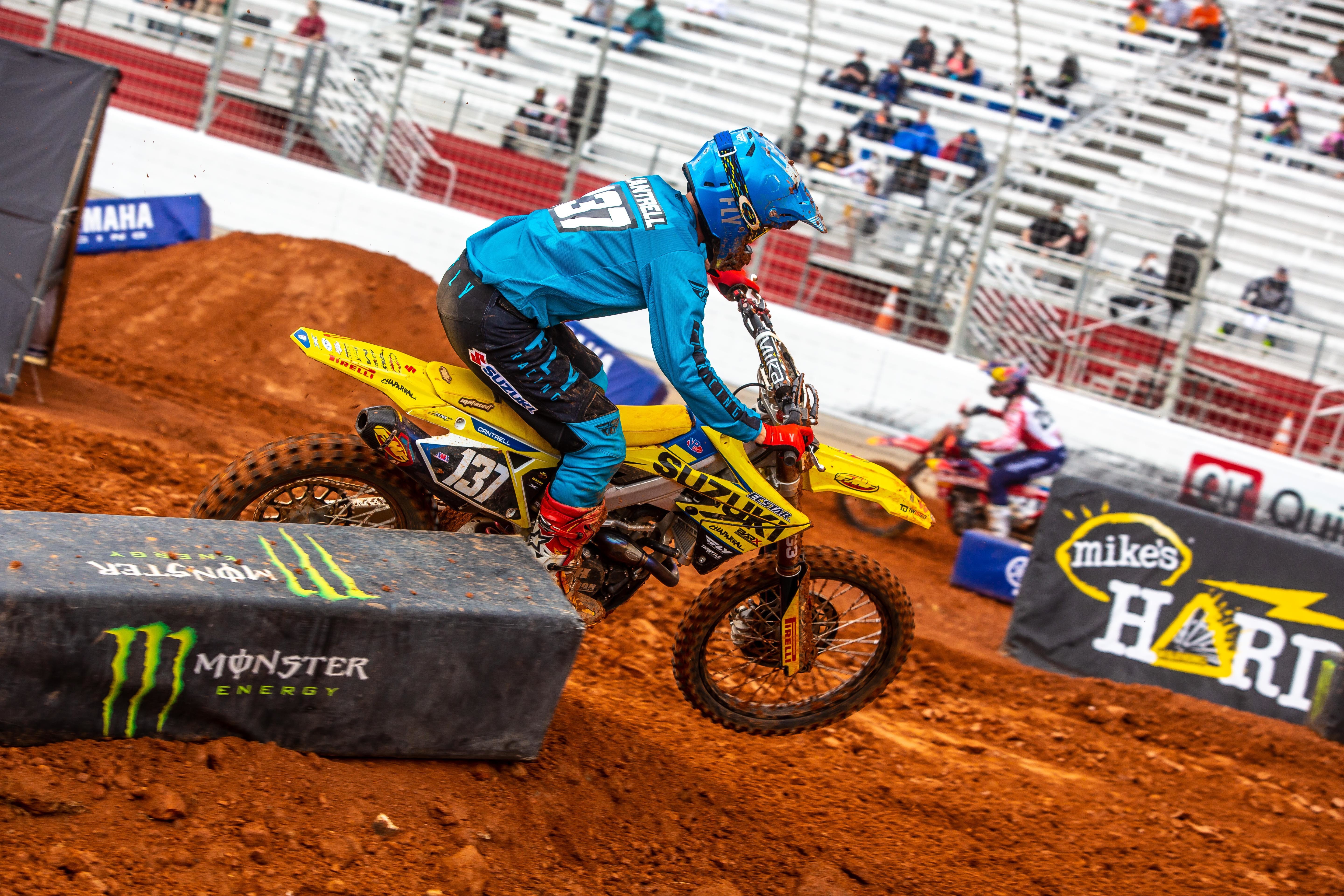 Sean Cantrell returned for his second race of 2021 after an injury at Orlando 2 and qualified second fastest of his group. In the muddy first heat race Cantrell reached the first turn with the lead group, but an outside position had riders push him wide on the slick, red Georgia soil. Cantrell showed great technique in the low-traction heat race and also in the LCQ's improved track conditions but wasn't able to display his speed in the main.

"I was stoked on how I rode in practice and qualified P14 and knew what I needed to do to improve," Cantrell said. "It rained for the next few hours, which made for a very messy heat race. I was in a qualifying position, but the track was so deceiving that one slight mistake and you were off the track. In the LCQ I didn’t put myself in a good position off the start and I just couldn’t make it happen. I'm taking the good with the bad and looking forward to a dry Atlanta 2."

The Suzuki teams prepare for whatever conditions Tuesday evening have in store for the second of three rounds on the track that stretches from NASCAR turn 4 to turn 1 on the Atlanta Motor Speedway infield. The racers have the speed to pull in great results with only two venues left on the 17-round season.

For more info on the teams and racers, please visit SuzukiCycles.com/Racing and HEPMotorsports.com for more team news.