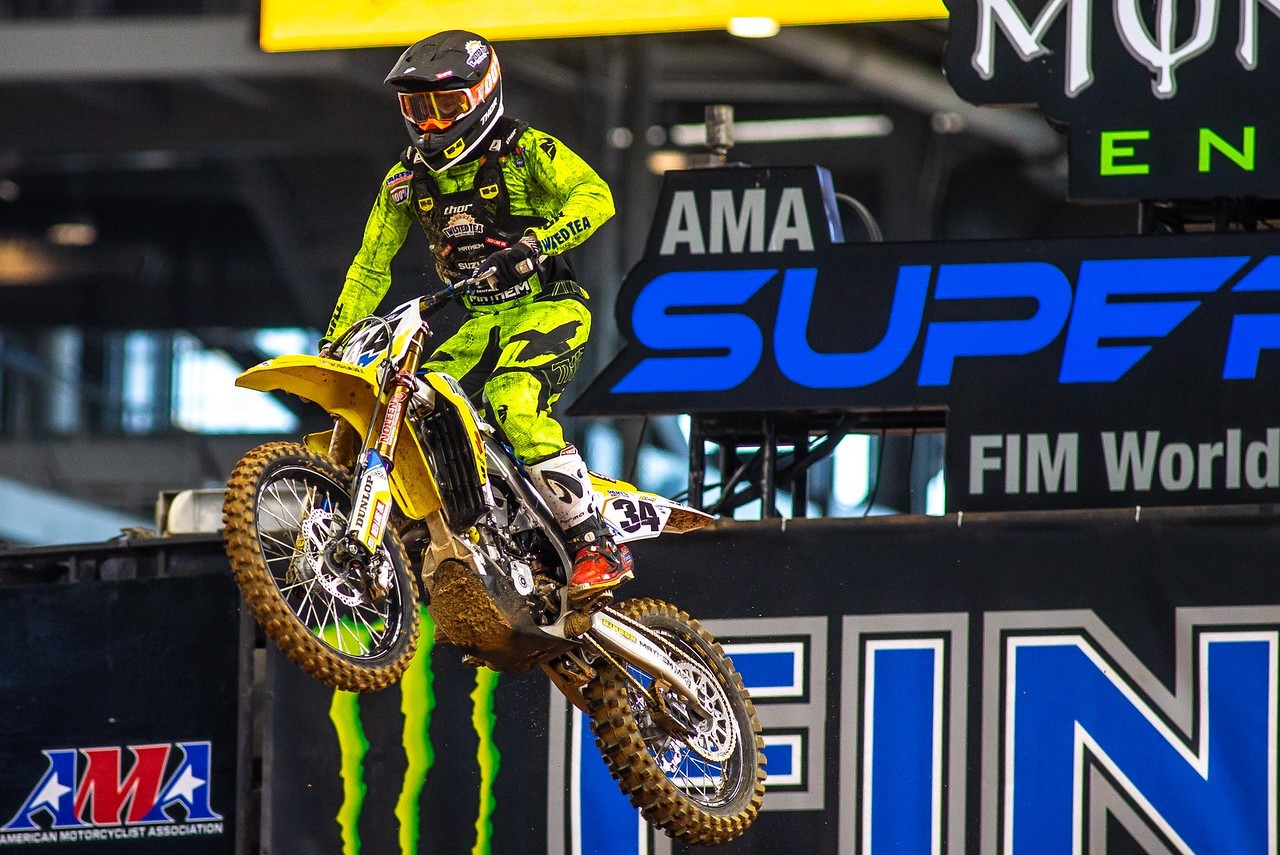 Max Anstie launched off the gate in his heat race and emerged from the first corner in second place. From there, he battled up front for a direct transfer to the main event. His start in the main didn't work out the same, but the English 450-class rookie steadily clawed his way forward through a pack of more experienced supercross racers and on a track considered by most to be a more challenging and technical track than the riders had seen for several rounds. Anstie earned his career-best 450 class supercross finish, topping even his Daytona result, which shows fast gains in his adaptation to the indoor American tracks.

"We had a good three races here in Arlington," Max said shortly after the race. "Today, we had our best heat race. I had a really good start and ended up seventh. I battled with some really good guys. And then in the main I was strong. I kept pushing and I probably had some of the best rhythm section technique that I've had for a while… We made progress, I learned a lot in these last three races and I'm looking forward to going back and doing some work for the next three weeks and getting ready for Atlanta." 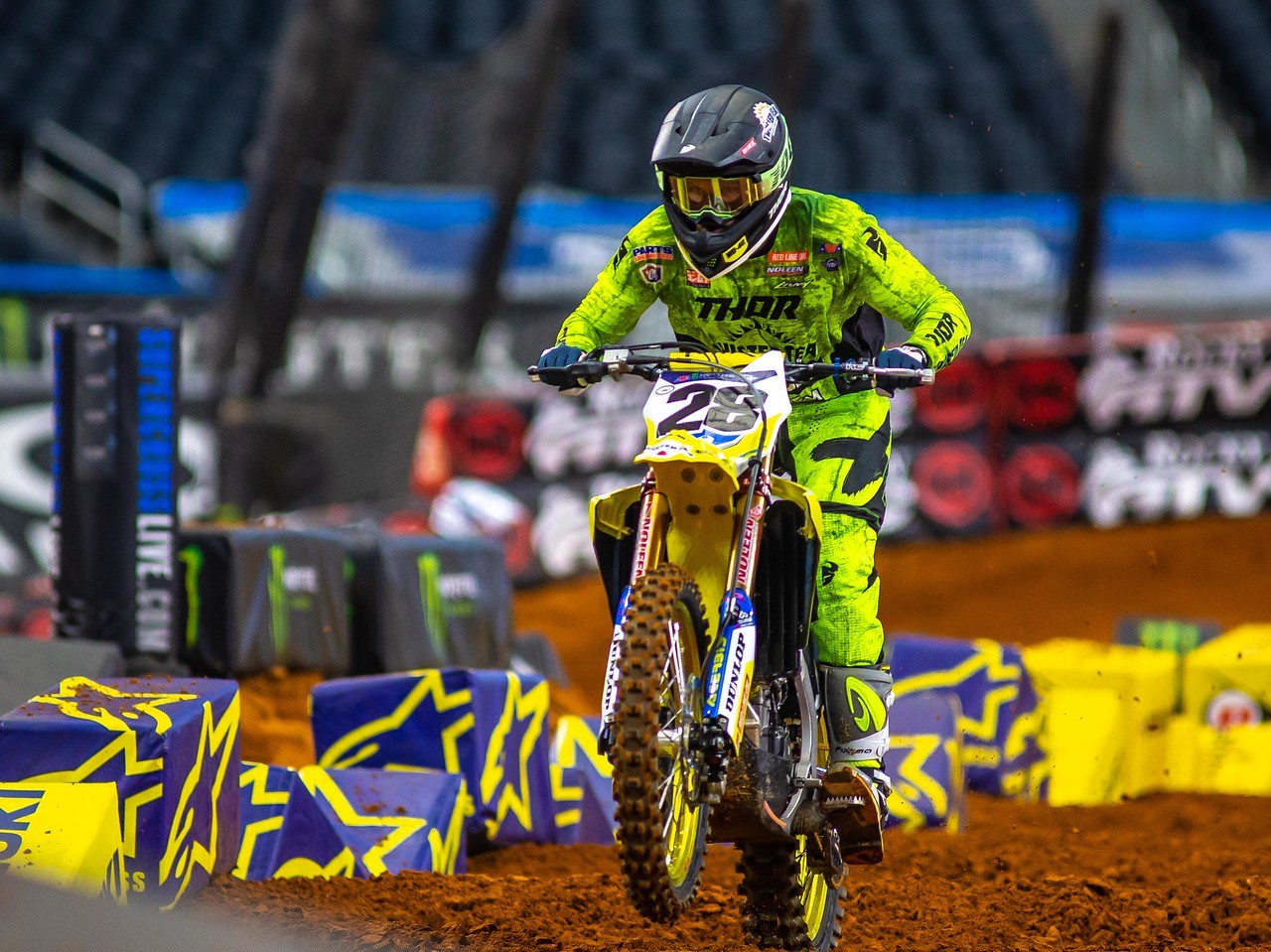 Brandon Hartranft qualified second in his group and came out of the gate swinging in his heat race. He got a good jump and an incredible drive down the start straight, emerging from the first turn in fourth place. The 450-class rookie missed a direct transfer by one position despite great track speed. In the LCQ, Hartranft put his Suzuki out front with a holeshot and turned the race into an easy transfer into the main.

Although the rookie didn't replicate his top starts in the main event, he was running strong until the sand section claimed him like it had so many others. Hartranft remounted and charged to the end, capping the three Arlington races with an inspiring performance.

"I had a fun day and definitely felt [more] like myself a little bit." Hartranft was pleased with his tenacity, "I was kind of messing up in the whoops a little bit, I was trying to jump 'em in the LCQ, but then I figured it out so we got a solid race there… I had a good start in the main, I think I was around fourteenth for a few laps and then I endoed in the sand, and then, it was my fault, but Bowers had nowhere to go and he jumped on me. It definitely hurt, but I got up and didn't quit; I want to take as much advantage as I can in these mains and learn from them."

"It was a really good night for the team, a lot of progression from both of the riders," was Team Manager Dustin Pipes' take on the night. "Brandon improved each time he went out on the track… In the main he was looking good. He was starting to pass guys and move up in the field and he had a big wreck which resulted in him going a lap down. That was a little tough, but I was proud of him because he rode throughout the race and he didn’t quit. Max improves each time he's on the bike… Atlanta's an outdoor venue and that's something that Max and Brandon both do very, very well at so I think we're going to have a good showing at the next three rounds."

The series now takes two weekends off then the racing re-starts with a triple-header in Atlanta, Georgia and wraps up with a double-header in Salt Lake City, Utah. The team and racers are on an upward climb and looking forward to finishing the season with more strong rides and even better finishes.