Brea, CA (March 8, 2021) – Suzuki riders delivered solid performances inside the Tri-Oval at Daytona International Speedway at the Monster Energy Supercross race that marked the 700th event in the series' history. Twisted Tea/H.E.P. Motorsports/Suzuki rider Max Anstie improved upon his debut premier class result aboard his Suzuki RM-Z450 while teammate Brandon Hartranft continued his great starts on his Suzuki RM-Z450 and delivered a strong ride on the challenging track. Rookie 250-class racer Dilan Schwartz had a tough night but spent time up front in his heat race on his BarX/Chaparral/ECSTAR Suzuki RM-Z250. 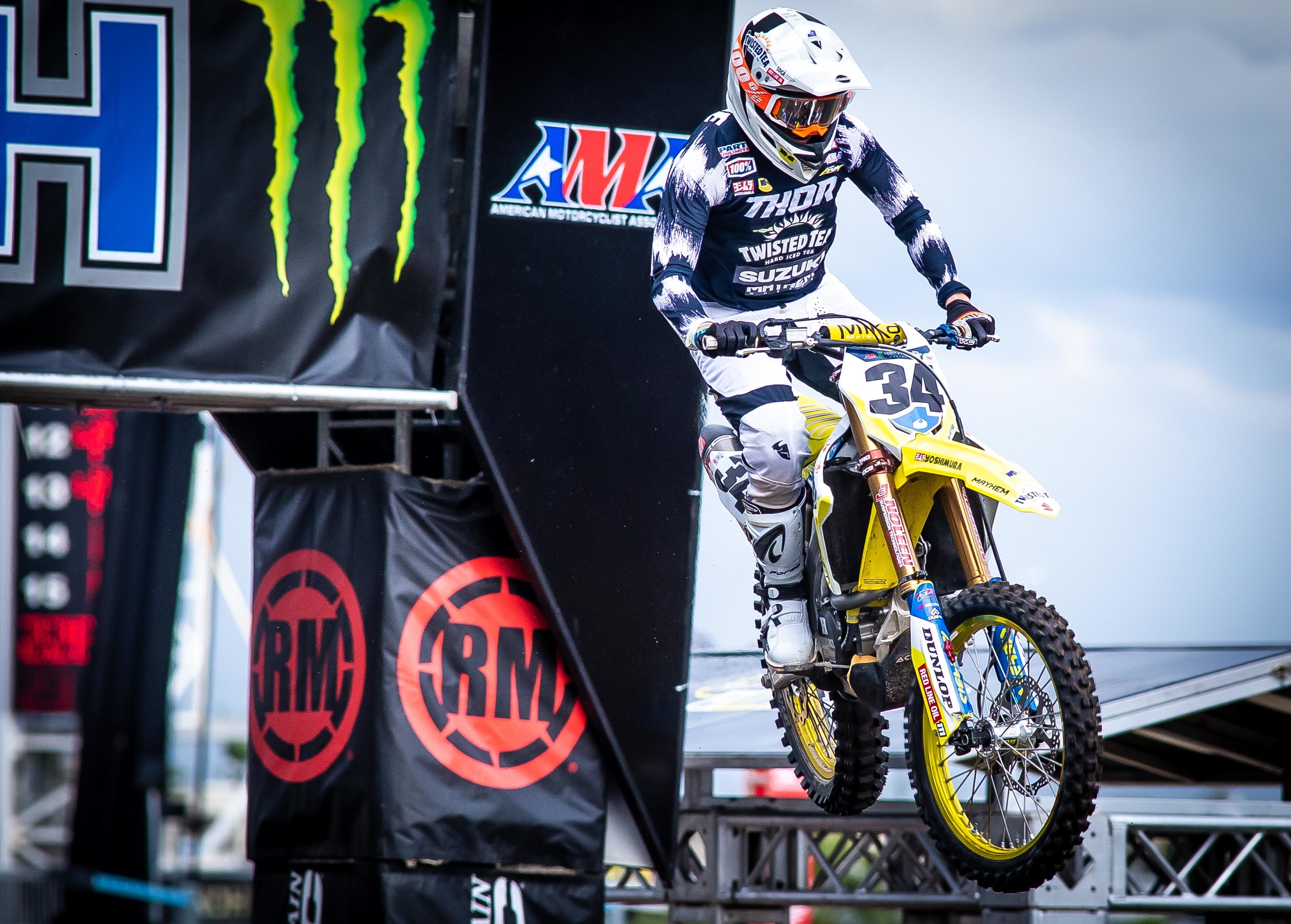 Max Anstie bettered his finish at the previous round in his second 450 class supercross appearance. The sand specialist looked and felt at home on the hybrid supercross-motocross track that combined high speed sections with steep jump faces. Mad Max's finish bumped him up three positions in the points standings after entering the series at the second Orlando round.

"It's always been a dream to race the Daytona Supercross with the best guys in the world," commented Max after the race, "The team made progress all day and we learned a lot. I rode my laps in the main event and came away with a 14th. I'm looking forward to heading to Texas next week." 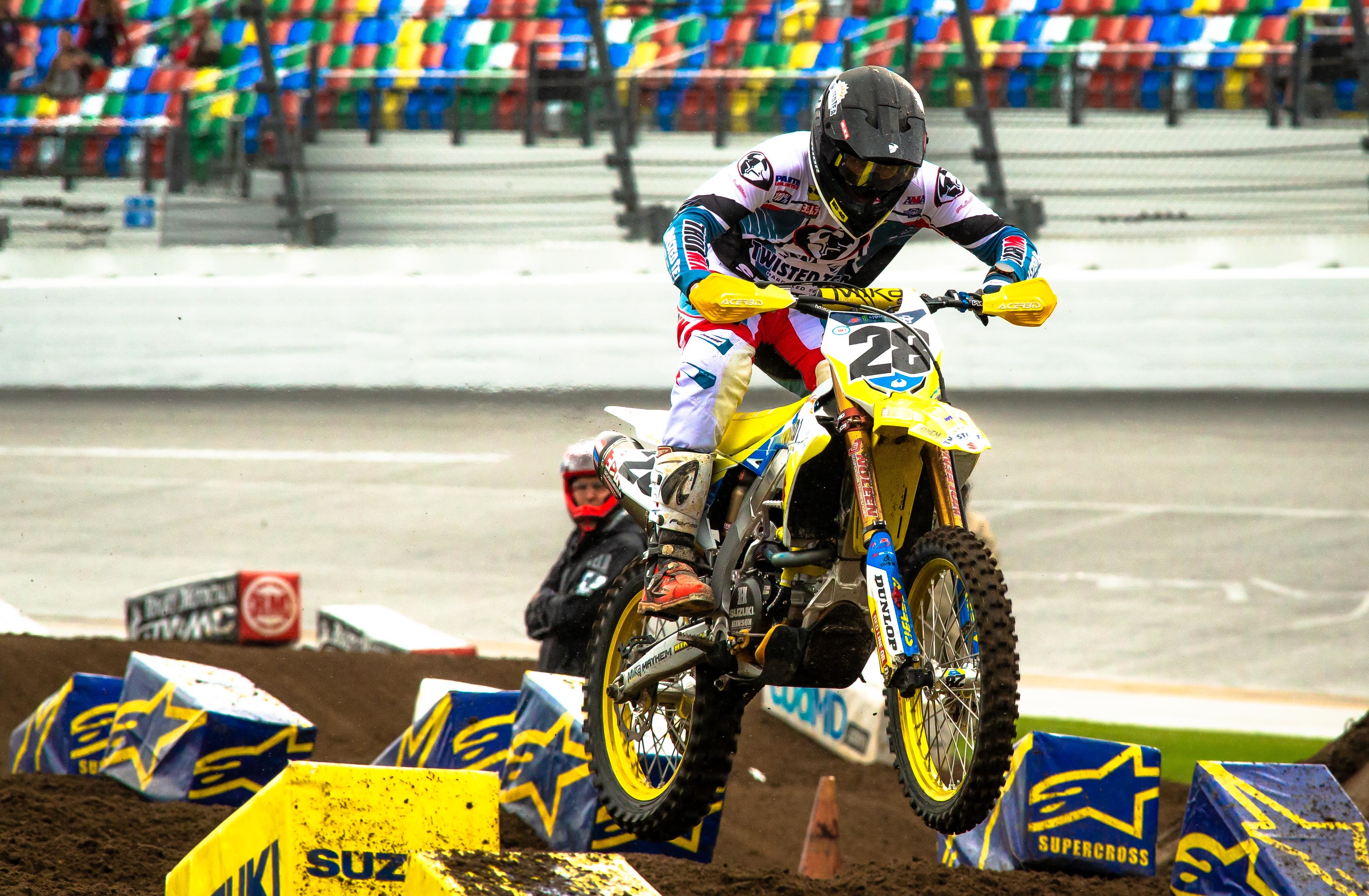 Also competing in his rookie 450 class season, Brandon Hartranft started the day strong as the second fastest racer in both of his qualifying sessions. He was able to capitalize on a fantastic jump and drive down the start straight in his heat race to transfer into the main event with a promising gate pick. In the main event, Hartranft put in competitive laps against seasoned class veterans.

"I had more of a flow here all day." Hartranft said. "My heat race start was dialed. I came around in second. My main event started from the outside. I went in well, but I got pushed off the track. During the main I was pretty solid until about the halfway point, then I got a bit of arm pump. I just need to work on preventing that, train hard during the week, and show up to Arlington ready to go." 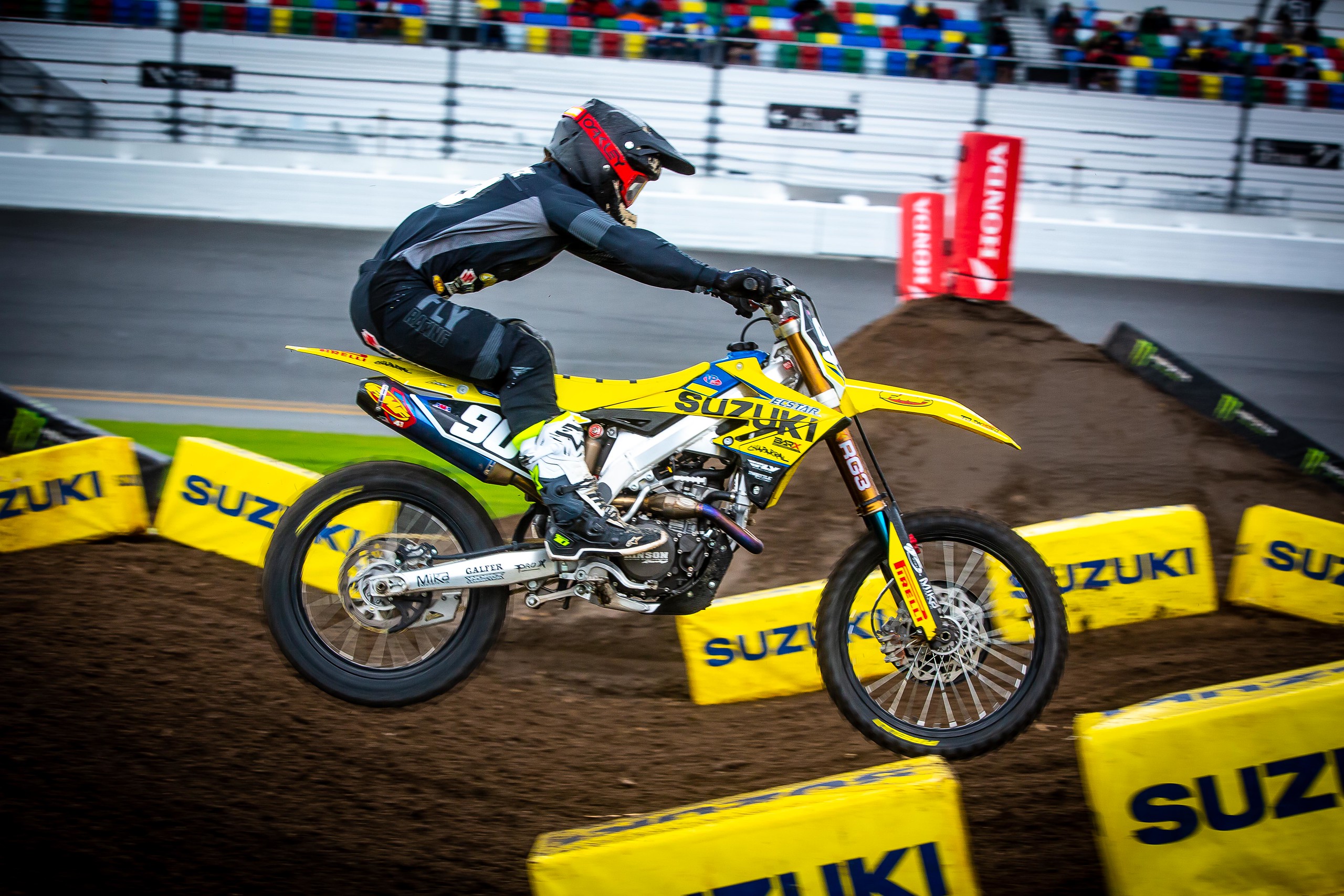 Rookie Dilan Schwartz was running up front in his 250 West heat race, fighting for a top-five track position before the race was red-flagged and re-started. Schwartz then got another strong start and came out of the second turn inside the top five. Unfortunately, Schwartz ran into trouble in the opening lap. His night ended early despite showing speed in qualifying and in his heat race battles against riders with multiple years in the class.

"I was feeling great throughout the whole day at Daytona, but unfortunately in the heat race I cross rutted in a rhythm section and ended up going down, which ended my night." Schwartz explained. "I'm hoping to line up next weekend in Texas."

"I think we made some good steps," was Twisted Tea/H.E.P. Motorsports/Suzuki Team Manager Dustin Pipes' take. "Max had a good day and we're building each week. We know that he's not at his peak yet, but there's a lot of plusses to take away. Brandon's starting to find his groove again and it shows when you watch him out on the track. Look for him to keep on growing throughout these next few rounds. We are excited for the future."

With the first nine rounds in the books, the series heads to Arlington, Texas for a triple-header before a two-weekend break, followed by a triple-header in Atlanta. The Suzuki riders and teams are ready for the challenges ahead to finish the season strong and deliver more great rides on their RM-Z race bikes.